The Truth Behind Claims 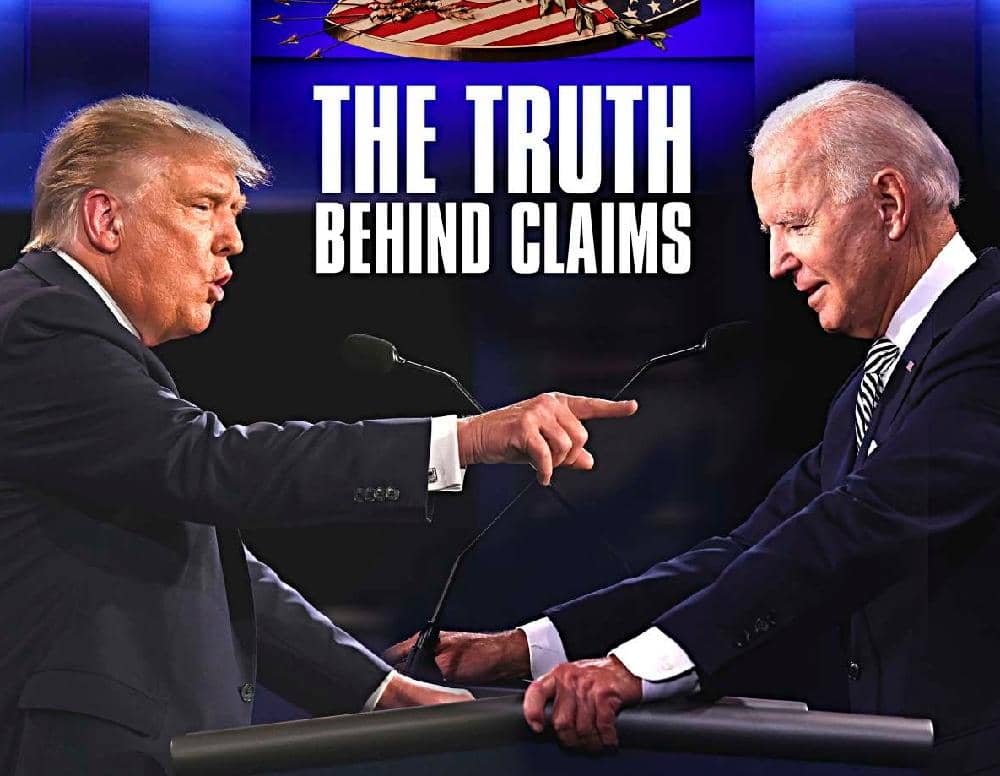 Graeme Massie
Donald Trump and Joe Biden’s first debate saw chaotic scenes in which the president was accused of repeatedly lying about his record and opponent.

The second and final debate in Nashville, Tennessee, gave both candidates the chance to make their final arguments to the American electorate.

Trump first claimed that he saved the US from suffering 2.2 million deaths from coronavirus.

Experts say this is a false claim from the president.

That figure is taken from a March report from London’s Imperial College and was based on no preventative measures being taken by the US government and population.

With intervention such as social distancing and masks the actual estimate of deaths was between 100,000 and 240,000.

Trump then claimed that a vaccine for the virus would arrive “within weeks.”

Observers say that there is no indication that the vaccine will be widely available before the end of the year and the Food and Drug Administration has rules in place requiring months of data for the emergency use of a new vaccine.

Later Trump admitted that his claim was not a “guarantee” but said he was hopeful it would arrive by the end of the year. Trump then claimed that the virus was “going away” and that the country was “rounding the corner.”