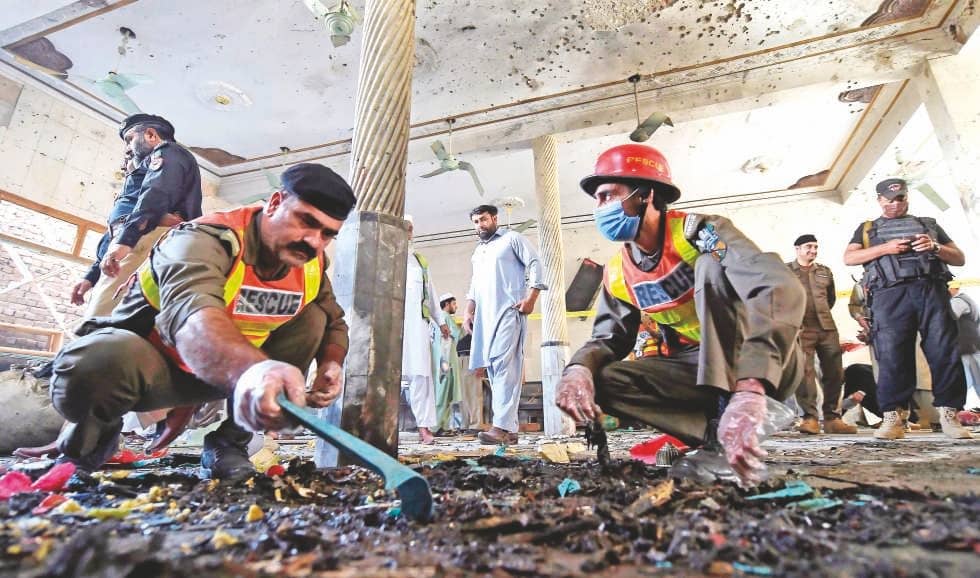 PM slams blast, says, ‘I want to assure my nation we will ensure that those behind this cowardly attack are brought to justice’; initial probe reveals that it was a time-bomb planted in a bag

An explosion at a madrassah (religious seminary) in Dir Colony of Peshawar on Tuesday claimed at least eight lives with more than 100 others wounded.

Children and teachers were among the victims.

The blast took place when the classes were underway.

Pakistani Prime Minister Imran Khan condemned the bombing and asked authorities to ensure the provision of the best possible medical aid to the victims.

“I want to assure my nation we will ensure the terrorists responsible for this cowardly barbaric attack are brought to justice,” Khan said.

The bombing drew condemnation from the country’s opposition party, which has been holding rallies meant to force Khan’s government to quit.

The United Nations’ children’s agency, UNICEF, also condemned the attack. In a statement, its representative in Pakistan, Aida Girma, said “education is the fundamental right of every girl and boy, everywhere. Schools must never be targeted.”

The police and rescue teams reached the crime scene and launched the rescue operation.