Gulf Today|July 19, 2020
We're offering this story for free to read so that you can stay updated on the COVID-19 outbreak 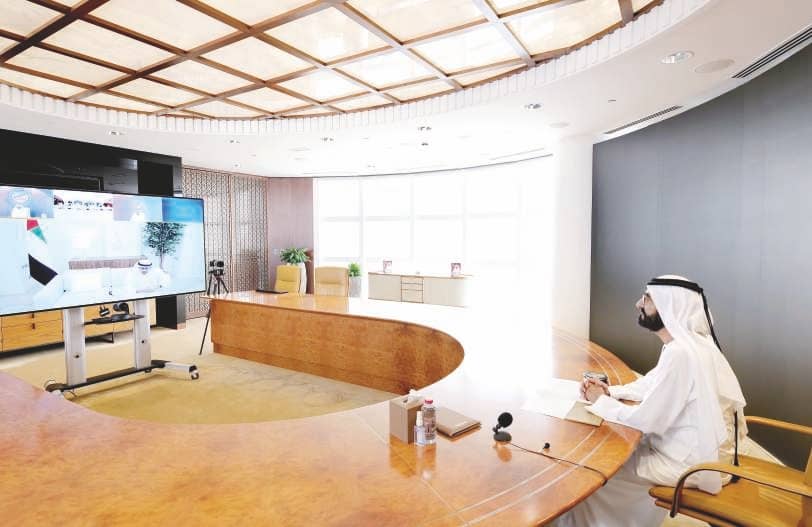 ‘We are proud to have our leader Mohamed Bin Zayed with us today to support you’: VP; ‘This historic event would not have been possible without... the persistence of my brother Mohammed Bin Rashid...’: AD CP; 37,000 applications for Space Pioneers.

The UAE leaders reviewed the Hope Probe’s pre-flight preparations prior to its historic launch to Mars from Japan’s Tanegashima Space centre in the first-ever Arab interplanetary mission.

The video meeting was held with the Emirati launch team in Japan and 21 engineers from the UAE Space Agency and MBRSC stationed at the mission control room in Dubai’s Al Khawaneej.