Greece Rolls Out Red Carpet To Visitors As Airports Reopen 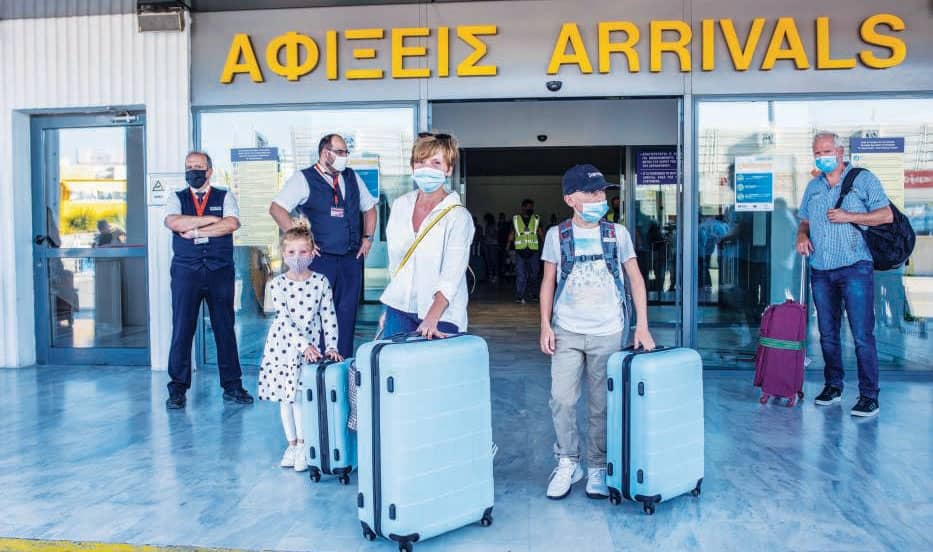 Expert says US heading in the ‘wrong direction,’ warns it could see 100,000 cases a day if the current trend continued; Spain and Portugal celebrate as they reopen land border.

With traditional music and sweets, Greece reopened its regional airports to international travellers on Wednesday, pinning its hopes on a recovery in tourism after a three-month lockdown.

Greece’s tourism sector accounts for a fifth of its economic output and employs 700,000 people.

“We decided in this weird time to come because we feel that it’s a safe country,” said Suzana Vosatkova from the Czech Republic as she arrived on the island of Rhodes.

On some islands, including Rhodes and Crete, tourists were offered Greek sweets and greeted with live music from performers in traditional dress, wearing the mandatory and not-so-traditional facemask.

Dozens of flights were expected on Wednesday at Greece’s 18 regional airports, which link to some of its most popular resorts.

All travellers must fill in a passenger locator form at least 48 hours before entering the country. Random tests will be conducted upon arrival.

The European Union (EU) reopened its borders on Wednesday to visitors from 15 countries but excluded the United States, where coronavirus deaths are spiking once again, six months after the first cluster was reported in China.