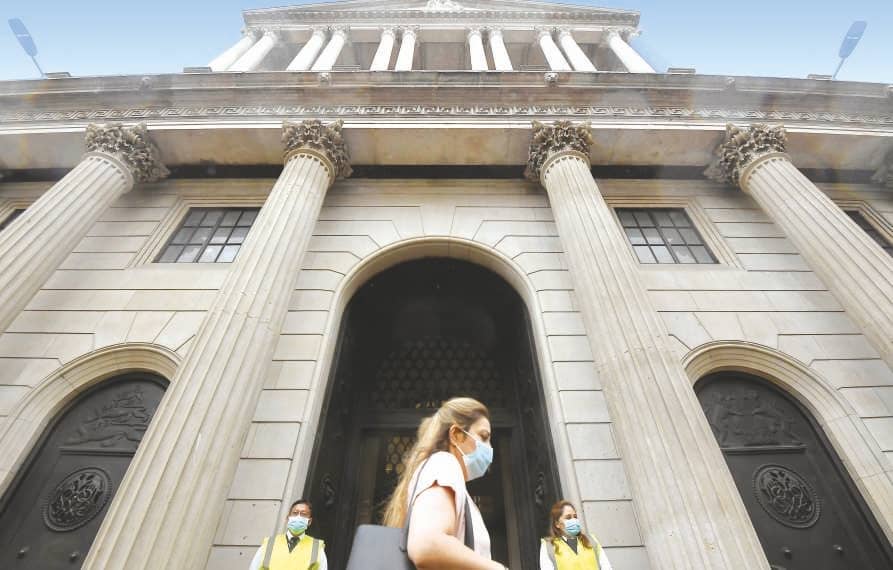 BoE has decided to keep its key interest rate at just 0.1 per cent and make no changes to its huge bond-buying programme

The Bank of England (BoE) said Britain’s economy would probably take longer to get back to its pre-pandemic size than it previously thought, but it was still weighing up the risks of cutting interest rates below zero to jump-start growth.

As it announced unanimous votes by its policymakers to keep its key interest rate at just 0.1% and make no changes to its huge bond-buying programme, the BoE said the economy would not recover its pre-pandemic size until the end of 2021.

In May, it had said it thought it might get back to its pre-crisis size during the second half of 2021.

“There are some very hard yards, to borrow a rugby phrase, to come. And frankly, we are ready to act, should that be needed,” Bank of England Governor Andrew Bailey told reporters.

On negative rates, Bailey said: “They are part of our toolbox. But at the moment we do not have a plan to use them.”

The BoE’s protections for 2020 are less grim than in May. Unemployment is expected to peak at 7.5% at the end of this year, almost double the most recent rate but lower than the BoE’s previous estimate of just under 10%.

The overall economy now looks on course for a 9.5% drop this year. That would be the worst performance in 99 years but less severe than a 14% plunge in the BoE’s May scenario, which would have been the worst in more than three centuries.