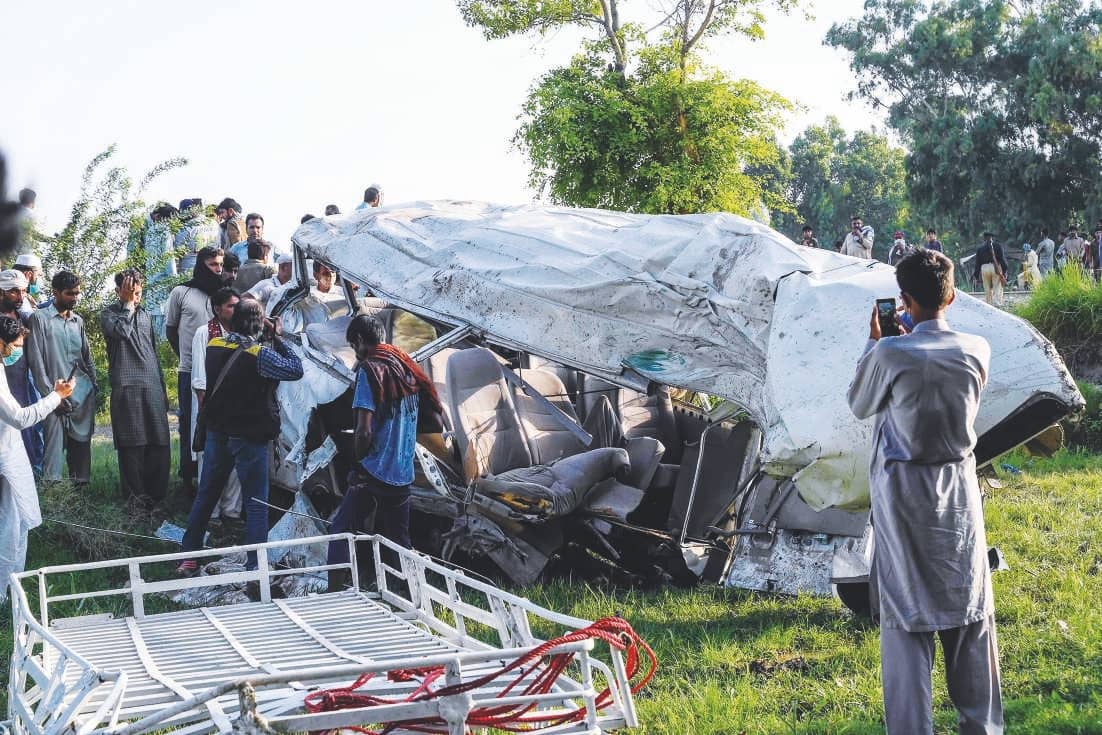 President, PM express sorrow over life loss in train incident; the Sikh pilgrims were from Peshawar and were returning home from a visit to the shrine of Nankana Sahib in Sheikhupura

At least 22 Sikh pilgrims — 19 from the same family — were killed on Friday when a train smashed into a van in the east of Pakistan, authorities said. Seven women were among the dead.

The vehicle’s driver was crossing an unmanned level crossing when it was hit by an oncoming train near the small city of Farooqabad.

“The crossing was unmanned and the driver of the van took a hasty decision by driving onto the tracks,” Pakistan Railways spokeswoman Quratul Ain told AFP, adding that the passengers were all Sikh pilgrims.

“Around 20 people lost their lives in [the] tragic collision. Two injured succumbed to injuries later, raising the death toll to 22”, Pakistan’s ministry of interior said in a statement.

The accident happened in the district of Sheikhupura in Punjab province, according to Raja Ijaz, an official at the state-run emergency service.

The Sikh pilgrims were from the northwestern city of Peshawar and were returning home from a visit to the shrine of Nankana Sahib in Sheikhupura.

Sheikhupura District Police Officer (DPO) Ghazi Salahuddin said the dead and injured were taken to a nearby hospital.