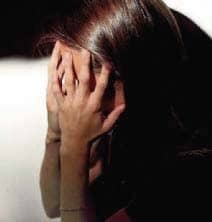 Nearly 1700 crimes were recorded under Scotland’s new domestic abuse laws during their first year in force, figures have shown.

The Recorded Crime in Scotland report showed there had been 1681 crimes reported under the Domestic Abuse (Scotland) Act 2018, which came into force in April last year.

The law created a new offence of abuse as a course of conduct towards a partner or ex-partner.

The report showed sexual crimes have fallen for the first time in a decade although they remained at the second-highest level since the 70s.