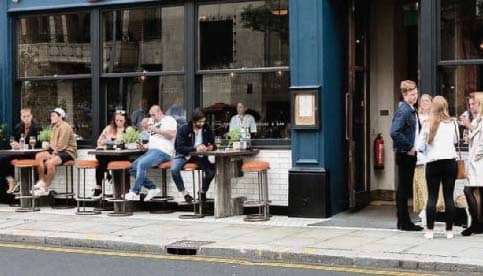 Tories promise £10 dining vouchers as well as cash for jobs and industry. Budget slammed as not enough to help struggling families and the poor

THE Chancellor has tried to head off an unemployment tsunami with a £30billion jobs package – and meal-deal vouchers.

In a novel move to get people out of their homes and spending money, Rishi Sunak offered a discount of up to £10 for everyone, Monday to Wednesday throughout August.

He also cut VAT for tourism and the hospitality industry to five per cent for the next six months and offered employers a £1000 bonus to take furloughed workers back on the books from October.

But even the Chancellor admitted he was in the foothills of climbing what could become a jobless mountain as he gave a statement to Parliament.

As he presented his minibudget to the Commons, Sunak warned “hardship lies ahead but no one will be left without hope”.

Labour said it should have been a back-to-work budget but many of the big decisions had been put off until later.

Shadow chancellor Anneliese Dodds welcomed support for the economy but said the Tory Government had failed to meet the scale of the economic challenge or give people confidence the coronavirus was under control.

Dodds added: “The best the Government can do is to give consumers and workers the confidence and psychological security that they can go out to work, to shop, and to socialise in safety.”