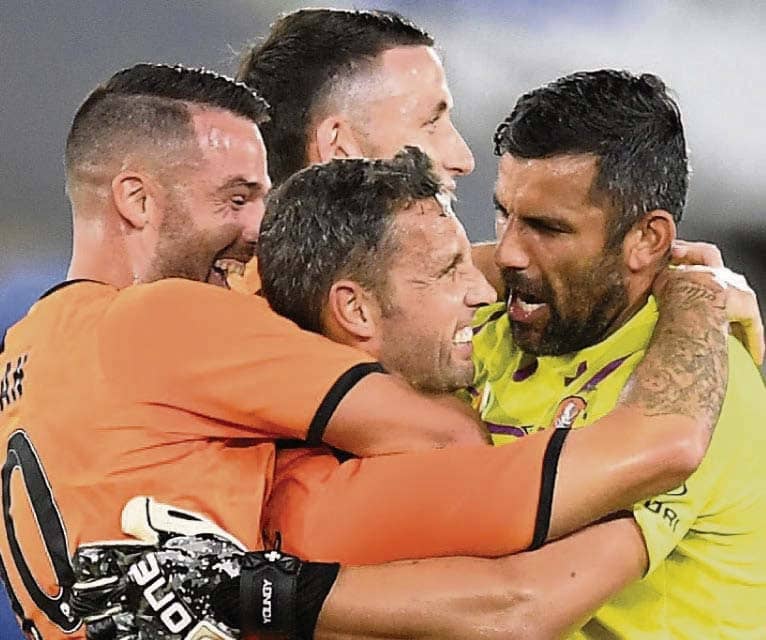 A League gives fans an interest

A League gives fans an interest MY focus is on Perth and I’m not talking about St Johnstone.

I ’ve moved 9000 miles from McDiarmid Park to the west coast of Australia where they’re trying to finish the season with no fans.

So all eyes are on the A League live on BT Sport with fans and punters all over the world starved of football action.

I have to admit I don’t know much about Aussie football and not all kick-off times suit this column – Western Sydney face FC Sydney at 8.30am for example – but there are plenty of well-known Brits involved and I’m learning.

Former Celtic and Motherwell striker McDonald returned Down Under after a spell at Partick Thistle and he’s on a good run.

But the man who grabbed the headlines yesterday was former Hibs hitman Jamie Maclaren with a hat-trick for Melbourne City at Central Coast.