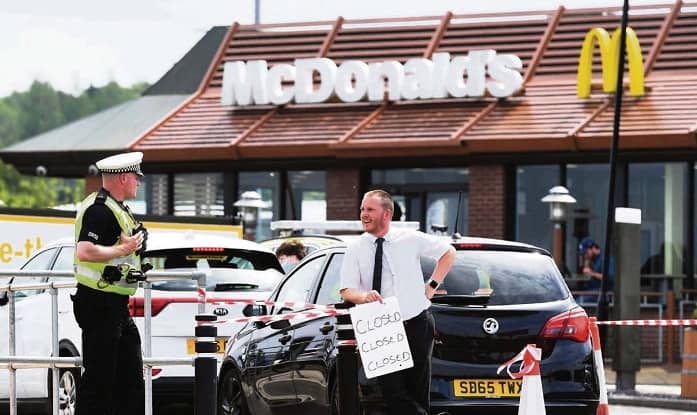 Police were called to McDonald’s restaurants around Scotland yesterday as massive queues built up after the fast-food giant reopened drive-thrus.

Hungry punters waited in their cars for hours before stores opened to snap up a takeaway for the first time since the lockdown began 10 weeks ago.

Dozens of cars caused traffic chaos as queues stretched back from stores all over the country.

Outside the chain’s branch at Newbridge, Edinburgh, a member of staff was spotted speaking to a policeman while holding up a “closed” sign as they stood behind red tape. A McDonald’s spokesman explained that the restaurant didn’t shut but that limits had to be placed on the number of cars. 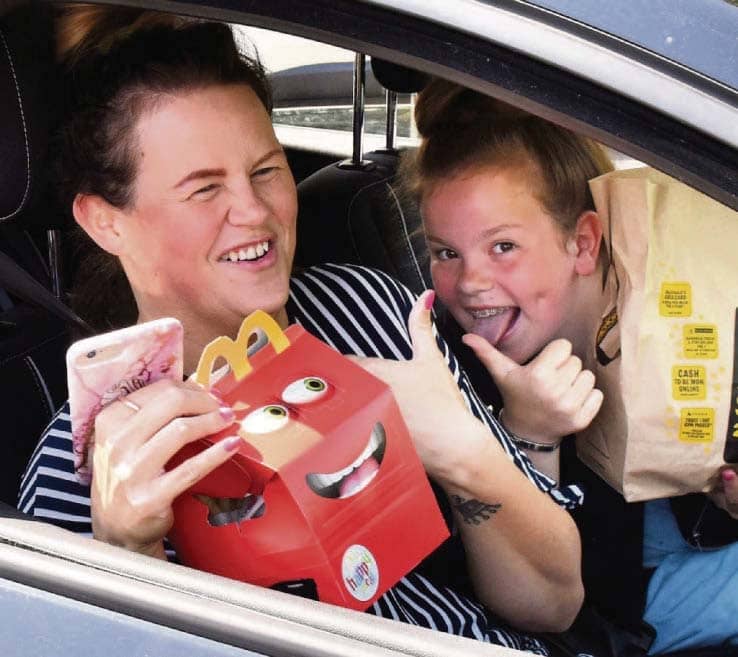