The Voice Of Grandstand 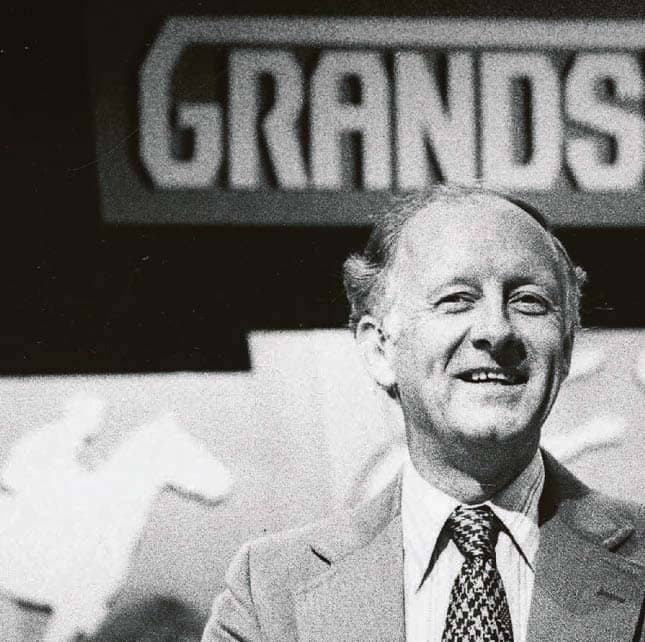 VETERAN broadcaster Frank Bough has died at the age of 87.

He became a household name hosting the BBC’s Grandstand and Sports Review of the Year, before reaching a wider family audience on current affairs show Nationwide.

He went on to be involved in the launch of the BBC’s Breakfast Time in January 1983, and became one of the Beeb’s highest-paid stars, on a reputed £200,000 salary.

However, his career there was brought to an abrupt end in 1988 after a newspaper revealed he had visited brothels, used cocaine, and wore lingerie at sex parties.

He confessed in an interview with the now-defunct News of The World, saying: “I’m not a wicked man, nor do I mean any harm or evil to people.

“I have made mistakes, but everyone’s entitled to do that.