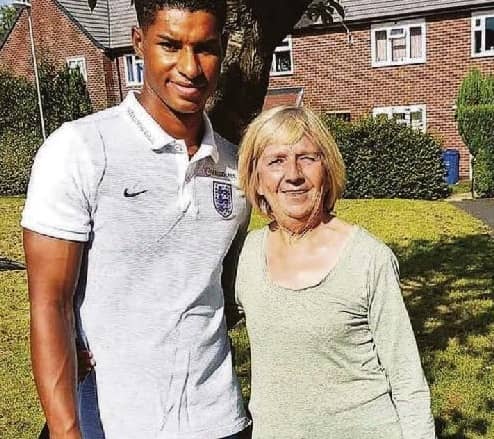 Neighbours tell of pride over Marcus

Marcus Rashford has never forgotten his roots – and a tattoo on his torso shows exactly where his heart lies.

The inking is of a small child playing with a ball beneath a cherry tree.

In the background is the neat terraced home where the England and Manchester United striker grew up.

Children still play on the patch of grass where he practised day and night and where his skills began to blossom.

In the houses all around, residents speak glowingly of the local boy made good who is now waging war on poverty.

Kate Jenner, 31, lives in Marcus’s former family home with her wife Lizzie, 30. The couple had no idea about the famous former resident when they first moved in.

Kate said: “We used to get taxi drivers dropping us off and they’d say, ‘You live in Marcus Rashford’s old house’.”

She soon realised how much the down-to-earth footballer is admired in the community. HR manager Kate said: “People are aware he has those roots in the area and they increasingly ask about it, which is good.

“His old primary school is just down the way and he visits there regularly.

“And with all the work he’s done with food vouchers for the kids, it’s gone down really well around here.”

Kate does not have children but says his campaign is “absolutely fantastic”. She said: “It’s a cracking thing, it’s only right. Parents should be able to put food on the table for the kids.

“He recognises that some parents struggle to do that and need support. 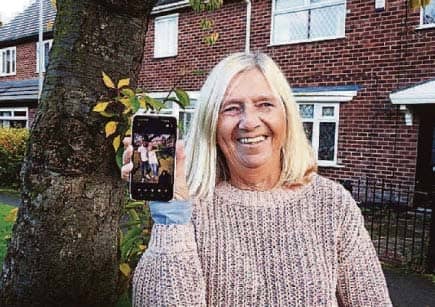 “If they’re getting food vouchers in term-time, why not extend that so it’s not a struggle?”