Who Is Mr The Politician? 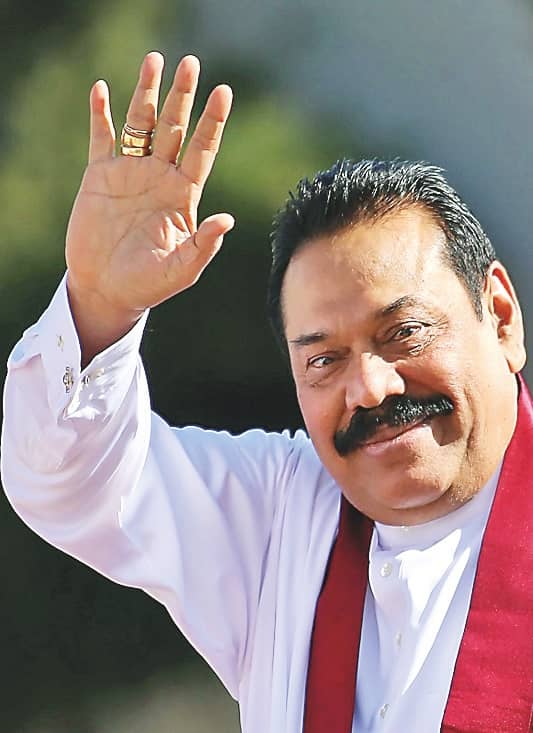 Over 52 years in active politics is no short, small or simple achievement. In Sri Lankan politics at present, apart from TNA leader Rajavarothayam Sampanthan, whose political life began over 60 years ago, two personalities could claim more than 52 years of political life. One is Vasudeva Nanayakkara and the other is Mahinda Rajapaksa.

Both entered Parliament in 1970, May 27 but were in politics before that. Mahinda began with Bala Tampoe-led CMU. He was elected branch union secretary in 1967 while a Library Assistant at Vidyodaya University. In 1968 May, Madam B appointed Mahinda as SLFP organiser to Beliatte electorate that fell vacant after his father’s demise the previous year.

This week, Mahinda would celebrate, not his very long political career, but his parliamentary life that began 50 years ago. He was elected to the Beliatte seat for the first time, defeating Dr Ranjith Atapattu of the UNP. Mahinda polled 23,103 votes against Atapattu’s 16,477 votes. Here is a personal note on Mahinda written almost 40 years after he first entered parliament.

“In Mahinda, I thus found a very easy friend, who agreed often and rarely disagreed. In fact, he never disagreed, possibly for his own convenience. He just dragged those issues he wasn’t comfortable with, into other seemingly innocent and simple issues. He wasn’t politically a strong mind, though a strongwilled fighter. He wasn’t a cunning politician, but a pleasant and simple tactician in local politics. One who knew a dumb and a dependent constituency like Hambantota is better than a politically mobilised, opinionated one. The best in him was his pleasing personality that yearned for higher political aspirations with minimum effort.”

I wrote this in my personal blog in February 2009, three months before the war was declared over. It was again used in the “preface” to my book “Rajapaksa the Sinhala Selfie” published in 2017. There remains a question left unanswered in that short paragraph. “Who then is Mahinda Rajapaksa the politician?”

Only 23 years plus when elected, Mahinda was “baby of the parliament”. He merely sat through debates in that parliament dominated by political giants like NM, Colvin, Leslie, Bernard, Vivienne, Keuneman, Wickramasinghe, Ilangaratne, Felix Dias, Dahanayake, Dudley, JR, Shahul Hameed, V.N. Navaratnam, Kathiravelupillai and many more.

Mahinda’s one notable intervention in Parliament then was seconding the motion presented by opposition MP W. Dahanayake requesting leave for Vasudeva, after he was arrested in 1971 April for suspected links with the JVP insurrection.

The LSSP leadership refrained from requesting leave for their own member, thinking it would antagonise PM Madam B.