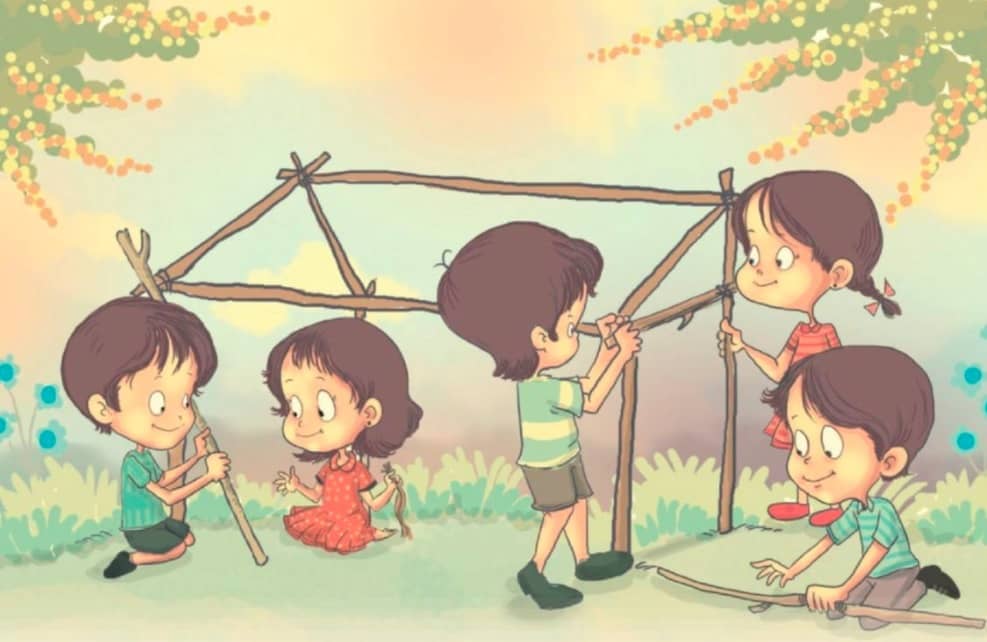 The backyard hut stories for kids

It was the first time that Maya had lived in a house with such a big garden. Most of her eight-year-old life had been spent in the city either in a rented flat or a landed house with a narrow strip of land at the back.

After years of saving up, her parents had finally bought their very own house a little away from the town with a big space at the front and back.

In the beginning it was a hard for Maya to get used to everything, living away from the city life she once knew and her friends and neighbours that used to be just a shout away. But as the first few weeks passed she began to discover that the quiet was not really quiet after all, but there was the sound of birds that was quite interesting and the sound of the leaves swishing around for the wind which was quite peaceful if you listened hard enough.

She also discovered that the mango tree in the backyard had begun to flower and that they had a rambutan tree and an avocado tree as well. She found that she could actually ride her bike all around the garden as fast as she wanted to, and even take it out into the small lane outside her house and ride it up and down.

With the beginning of the rainy season, Maya missed spending her after-school hours outside. Most days, she was stuck inside staring out into the grey sky, hoping that the sun might come out.