RACISM COULD PAVE WAY FOR FOREIGN INVASION THROUGH A FIFTH COLUMN 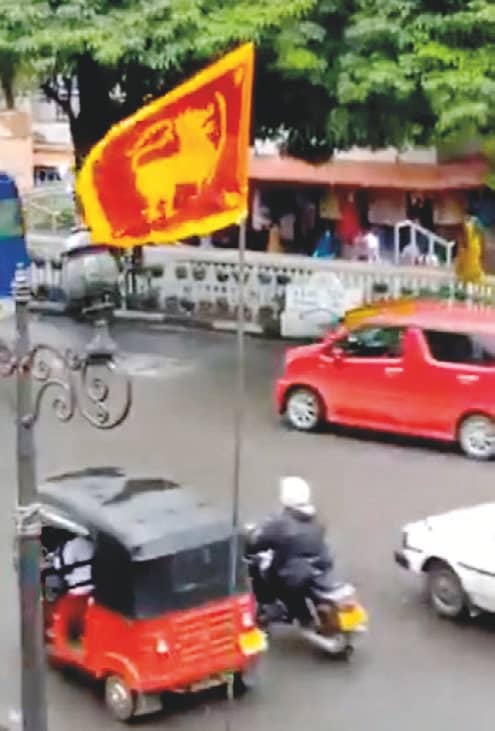 The Sri Lanka Podujana Permauna’s triumph in the August 5 general election is massive if not astounding, given the improbabilities of the Proportional Representation system. But if there is one infliction that blemishes this super majority victory, it is racism.

Ameen Izzadeen
The undercurrents of racism were evident even this week. The day before the new cabinet ministers and state ministers took oath, distorted National flags fluttered in the centre of the Kandy city. The flags were sans their stripes that symbolized minority communities. Of late, this particular version of the Lion flag has come to symbolize the ideology of anti-minority ultranationalists.

It appeared that, by displaying the ultranationalist version of the Lion flag, some people in authority want to send a stern message to the minorities that they were not part of Sri Lanka. Their action goes against the pledge President Gotabaya Rajapaksa gives in his presidential election manifesto – which was also touted as the SLPP’s general election manifesto -- that he would build a pluralistic and inclusive Sri Lanka.

Saner counsel, however, seemed to have prevailed and the full national flags replaced the distorted ones later in the day.

In minority circles, fears are being expressed over certain ultranationalist candidates who contested on the SLPP ticket and won handsomely. These candidates form what could be called Sri Lanka’s Alt-Right. Like the white supremacists in America, Lankan alt-right ideologues do not believe in equality and inclusiveness. They promote Sinhala Buddhist nationalism and even resort to blatant lies to whip up anti-minority hatred. Some of these politicos were linked with the anti-Muslim violence at Digana in Kandy in 2016 and in the Gampaha and Kurunegala districts last year following the Easter Sunday terror attacks.