Politics Riding The Crest Of A Covid-19 Wave 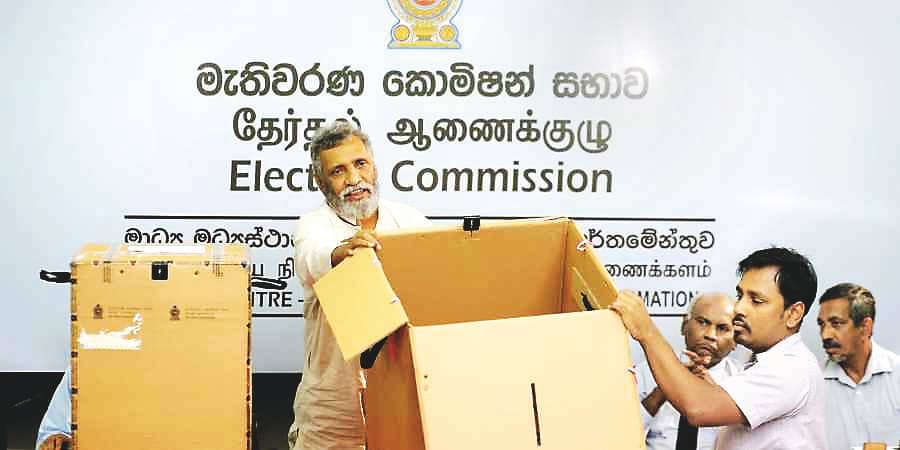 Many suggestions in line with political allegiance and not genuine efforts to resolve constitutional crisis. Opposition argues President can avert lurking constitutional crisis by reconvening Parliament. Medical perception is that incubation period of coronavirus ranges from one to 14 days

We understand why the National Elections Commission (NEC) indefinitely postponed the general election that was scheduled for April 25 -- it was nothing but the heightening of the COVID-19 threat. Later on April 20, the NEC set the new date of June 20 for the poll. That may be on the inference that the coronavirus threat might ease by mid-May and contesting political parties and independent groups would be able to launch their campaigns henceforth.

Yet, we laymen are unable to fathom the legal ground on which the NEC had set June 20 for the election, since the Constitution requires the new Parliament to meet before June 2 as President Gotabaya Rajapaksa dissolved Parliament on March 2. This is clearly a constitutional crisis.

Now, many people including politicians, lawyers and civil society activists make various suggestions to clear up this mess. However, almost all those suggestions seem to be in line with their respective political allegiance and agendas and not genuine efforts to resolve the issue.

It is a well-known fact that the Sri Lanka Podujana Peramuna (SLPP) led by former President Mahinda Rajapaksa wanted to dissolve Parliament as early as possible, since its candidate Gotabaya Rajapaksa won the presidential election on November 16 last year. And the President was expected to do so at the first instance he is permitted by the Constitution -- he set April 25 as the date for the parliamentary election.

Even after the first Lankan was tested positive for COVID-19 on March 11 and more patients were detected on subsequent days, government leaders seemed hell-bent on holding the election as scheduled. Thus, ludicrously, March 16 was initially declared a holiday for the public sector in view of the virus threat, despite all schools being closed for a month on March 12. JVP leader Anura Kumara Dissanayake accused that government leaders wanted the public sector offices kept open as nominations for the election were scheduled for March 19. He alleged the government was more interested in holding the election than saving the lives of people from the pandemic.