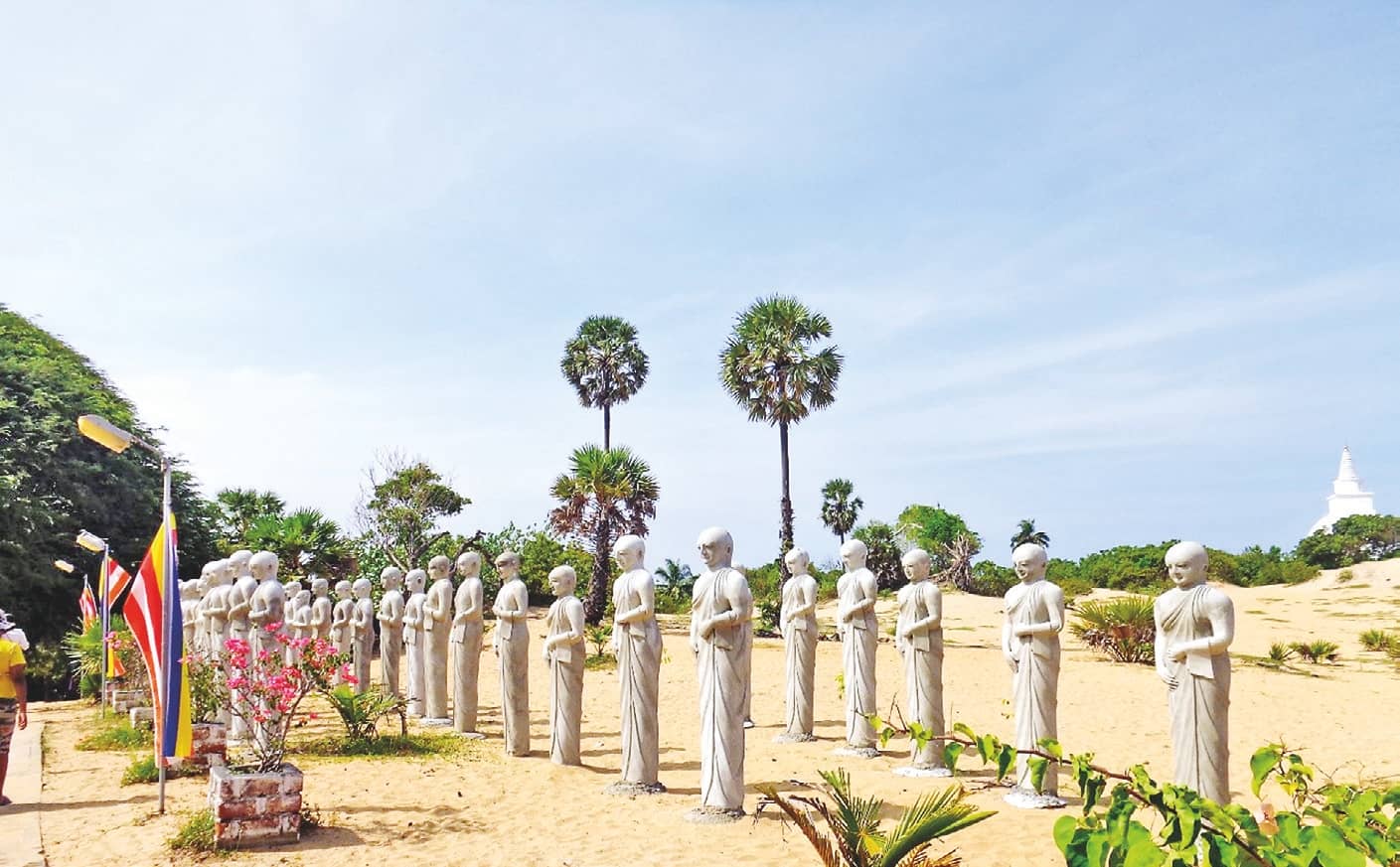 The simmering tensions between the Sinhalese and minority Muslims took a new turn with the surfacing of conflicting claims for land in areas around Muhudu Maha Viharaya in Pottuvil.

Newspaper reports last week were a buzz with the news of priests of Muhudu Maha Viharaya complaining about land grabs and the government taking steps to place a Navy contingent in the area to ease the situation.

The temple priests complains that the initial area of 72 acres which contains artifacts and historical places of Buddhist worship has now been reduced to 14 acres to land grabs, illegal constructions and land transfers.

They add that much of this land, despite its historical and religious importance, is not gazetted. The clergy allege that much of the lands were given away to the Muslims for the purpose of strengthening the vote base of politicians. The providing of these lands have been facilitated by a top official of the Archeology Department, the temple priests allege. The priests add that from the 72 acres in focus only about 30 acres have been gazetted, but in reality the latter figure doesn’t exist.

Given this background, it is useful to check the history of Muhudu Maha Viharaya and the importance associated with it. A book titled ‘Twenty five years of life in the jungle’ penned by Ven. Thambugala Anandasiri Thera, printed by Dayawansa Jayakody & Co and published by Kamala Rajapaksa gives us an insight into what the place was like more than 50 years ago.

Though at present we see conflicts between communities in the area, Anandasiri Thera recalls in the book how the Sinhalese, Muslims and Tamils lived in harmony without even disturbing the wild animals who lived in the close by jungles.