NOT A TIME TO PLAY ADVERSARIAL POLITICS– RANIL WICKREMESINGHE 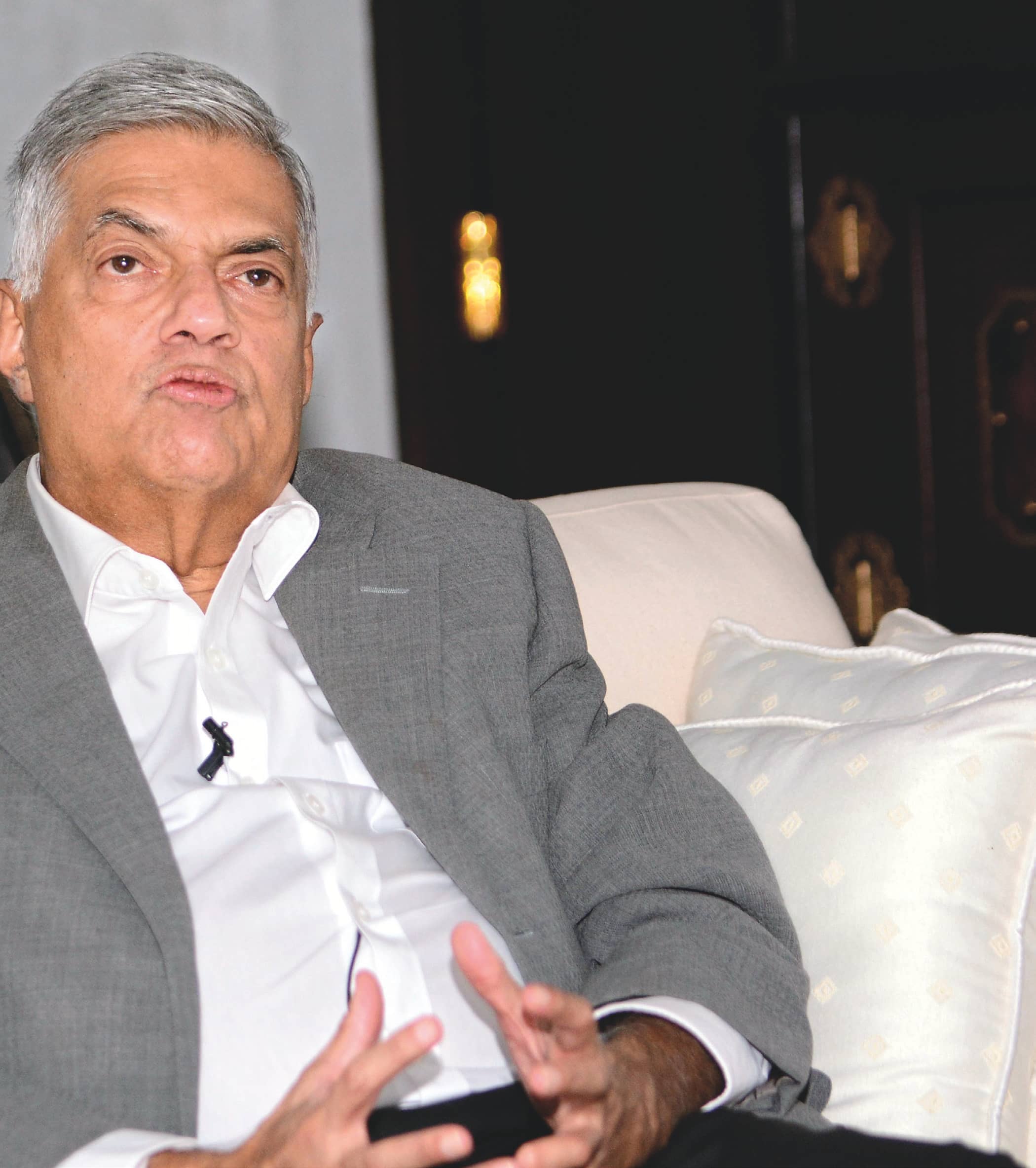 Crisis is completely new. Not only here but in the rest of the world also the oppositions are active in giving out their viewpoints We would like the government to succeed. That is why we are asking for testing How can we expect a globalised trading system or a semiglobalized economy to operate when there is no leadership?

As Sri Lanka fights the Coronavirus a different sort of battle is beginning to build. A battle between the Government and the opposition reconvening parliament to pass new laws to address the current crisis in the country. President Gotabaya Rajapaksa has already indicated he will not reconvene the old parliament and instead Prime Minister Mahinda Rajapaksa has called for a meeting with former MPs today (Monday) which some former MPs have said they will boycott. Leader of the United National Party, former Prime Minister Ranil Wickremesinghe meanwhile told Daily Mirror that now is not the time to play adversarial politics. He said that his party is pushing for new lockdown laws to address the issue in the country.

Q Mr. Wickremesinghe, what is your take on the current situation in the country with regards to the Coronavirus?

The problem is that the countries which have really been able to have some grip on it have done extensive testing. Germany was doing a hundred thousand a day. South Korea did 20,000 a day. We are half the population. We don’t have the capacity, England is trying to bring in testing. I think Italy has started. It will be necessary, especially if you want the economy to function and there should be a gradual easing of the lockdown. But that can be done only if there is testing and then you look at the areas where the virus is low. You go ahead, you use the lockdown, and then if there is any sign of the virus catching on, you put it in again. Otherwise, there would be panic. So we do recommend that you do the testing and at least start with 3,000 and build it up. You have to get the equipment from abroad, you have to get the masks from abroad. We don’t have enough from what I understand, but this is the approach that has been suggested.

Q But looking at what President Gotabaya Rajapaksa has done and considering that it seems, it is under control. Would you say that what this government has done so far is commendable?

I must say the President, the health services and the security services all worked out and got a good lockdown. It was not like European countries where people were going out. But you have two more stages. Once you have a lockdown, then you have to ease the lockdown and that requires to see the numbers go down and that is dependent on testing.

Now I think during the second stage they would be judged on how they test and whether they can get all this equipment that is required from a large amount of 500,000 to one million testing kits onwards. We would like the government to succeed. That is why we are asking for testing. Then the third one, this pandemic is not only a health-related issue, but it is also economy-related. For the first time, all economic activity has come to a halt. So the question is how do we restart economic activity here?

How do we handle it? Because we have to depend on exports, on overseas employment, and tourism. On the other hand, we have a balance of payment crisis. So that’s the third one. Each hurdle is higher than the other. The first hurdle has been cleared. Now you’ve got to go onto that second hurdle and from there go to the third one. As far as we are concerned, we are willing to help the government because this is not a time to play adversarial politics. So we have to see how the different parties can work together with the government.

Q But what kind of help can you give the government?

It is a question of what the government and we can agree on. So far the government hasn’t asked for anything, but then we can say where they are good and also point out where we think far more work has to be done. For example, the 5,000 rupees that’s given out on a political basis. So on that one, we did take the issue up and there have been results in some areas. The politicization does not in any way help us.

Q But if one were to say, look, the government seems to be handling things on its own, why does it need your support or the support of the opposition? How would you respond to that?