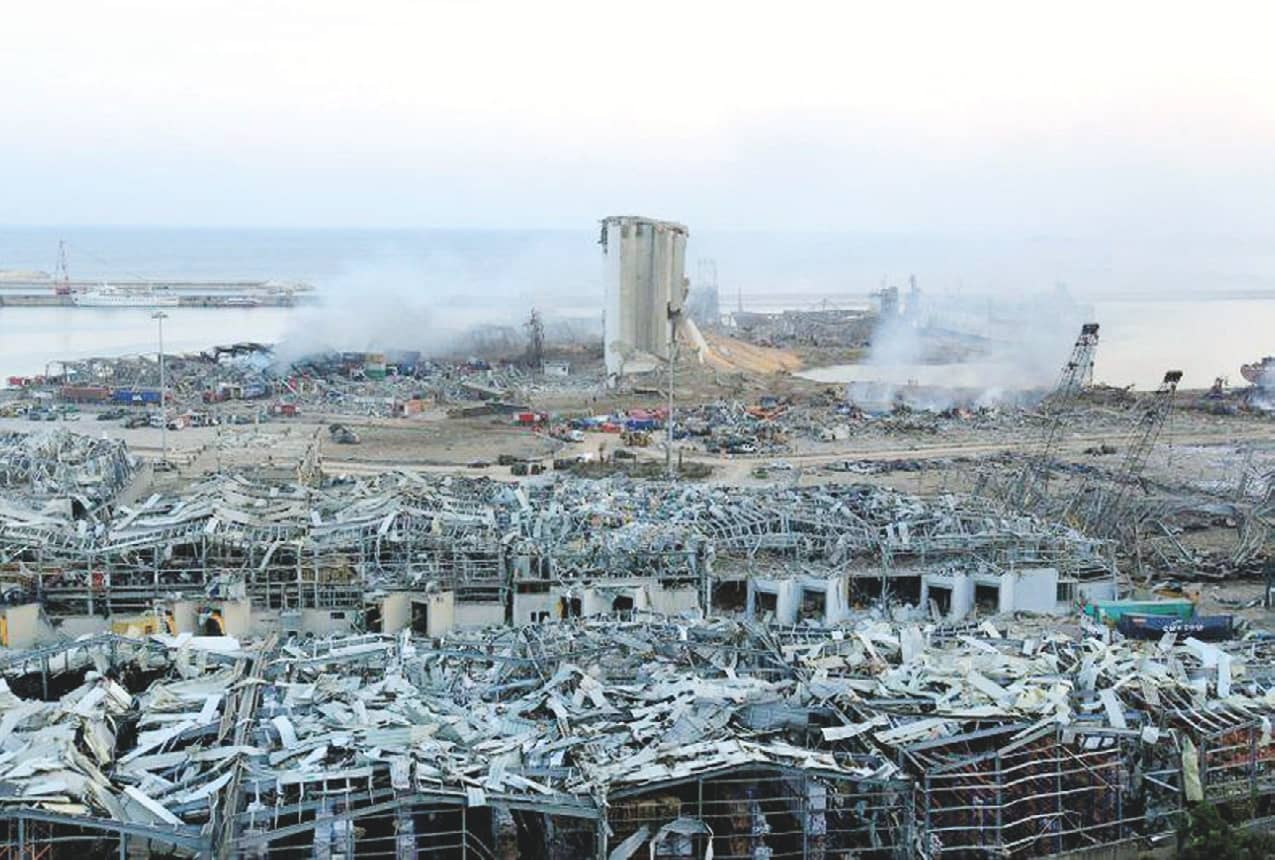 Two atom bombs, ‘Little Boy’ and the 11-foot ‘Fat Man’ was dropped on Hiroshima and Nagasaki respectively on August 6 and 9, 1945. On the eve of marking the 75th anniversary of the man-made disaster by Americans, an enormous explosion rocked the Lebanese capital of Beirut at 6:07 p.m. local time on August 4, leaving at least 137 people dead and thousands wounded, with about 20 Sri Lankans among them. The explosion near Beirut’s port close to many highly-populated areas and tourist sites had caused in an estimated US$3 to US$5 billion loss. Investigations were centered on a probable 2,750 MT of Ammonium Nitrate stored at a warehouse has led to the arrest of 16 employees of Beirut’s port. The explosion created a crater of roughly 405 feet in diameter, bigger than a football field, according to satellite images.

A disaster occurred in Halifax, Nova Scotia, in Canada on December 6, 1917. One of the largest ‘man-made’ explosions occurred when a French cargo ship, SS Mont-Blanc, laden with high explosives, collided with SS Imo, a Norwegian vessel. A fire on board Mont-Blanc ignited its cargo, causing a gigantic explosion that devastated the district of Halifax, killing approximately 2,000 people who were caught in the blast, fire and debris. An estimated 9,500 were injured. The blast obliterated all structures within half-mile radius, as it released energy, an equivalent of 2.9 kilotons of TN. The pressure wave bent iron rails, grounded vessels, snapped trees, demolished buildings, and scattered parts of wreckage of MontBlanc kilometres across the harbour in Dartmouth. The blast even triggered a mini-tsunami wiping out a community who had lived there for generations.

Texas City disaster was one of the largest non-nuclear explosions, and the deadliest industrial accident in American history. It occurred on April 16, 1947, at the Galveston Bay’s Port of Texas, in Texas. A fire started on board SS Grandcamp, also a French-registered vessel that detonated about 2,300 tons of ammonium nitrate causing a chain reaction of explosions in other ships anchored nearby and several oil-storage facilities, killing at least 580 people, including the entire team of Texas City’s fire department.