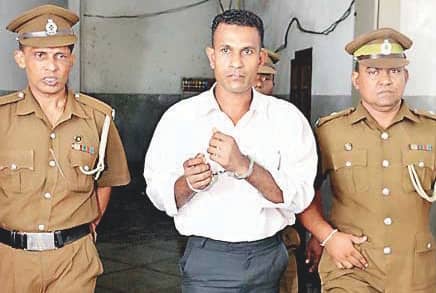 Twenty two movements working on issues relating to civic rights, human rights, women’s rights, and a journalist-activist organisation have jointly issued a statement expressing their concern over the release of army personnel convicted for the mass murder of Tamil civilians at Mirusuvil in Jaffna on December 24, 2000. He was released on a Presidential pardon. Extracts of the statement;

On March 26, 2020, President Gotabhaya Rajapaksa granted a presidential pardon and released convicted death row prisoner and mass murderer, former Army Staff Sergeant R. M. Sunil Rathnayake. While the country is on lockdown due to COVID-19, the President has seized this opportunity to deal a lethal blow to the rule of law to show that military perpetrators of heinous crimes will be given cover at the highest level, despite the rulings of the Supreme Court, the highest court in our land. In pardoning Rathnayake, the President has given his blessing to a cold-blooded killer who murdered a five-year-old child and seven other innocent civilians.

The story of the civilian murders in Mirusuvil goes back to 20 years on December 19, 2000, nine Tamils civilians – including three teenagers and a five-year-old child – travelled from Uduppitty to Mirusuvil, a village 16 miles from Jaffna town. These persons were among those displaced from Mirusuvil due to the civil war, were resettled in a camp at Udupitty. Displaced family members used to obtain permission from the Sri Lankan Army to visit their homes. But on this day, those who visited their village never returned. It soon emerged that eight of the nine were killed by the Sri Lankan Army.

On December 24, 2000, one of the missing, recounted the incident and gave details about the whereabouts of the remaining eight. On his evidence, when the police and the Magistrate went to the site, there were no bodies except a skeleton of the animal in the toilet pit. After that when the Military Police arrested the persons who were on duty in the area, Sgt. R.M. Sunil Rathnayake gave a statement to the Military Police stating that the bodies were removed from the toilet pit and buried elsewhere. Thereafter the Police and the Magistrate went to the site of the burial and exhumed the bodies. Four men and four children were found with throats slit and eyes blindfolded. Some corpses had their hands and legs chopped off.