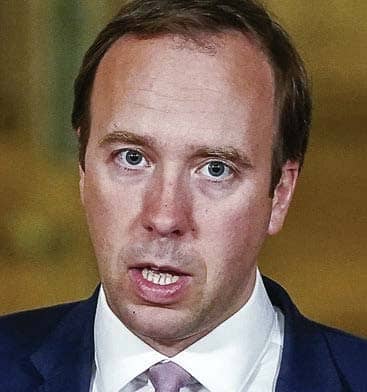 Britain is winning the battle against Covid-19, Matt Hancock declared as he urged people with symptoms to have a test.

Meanwhile, the testing tsar said the crucial NHS Test and Trace system is identifying a high number of contacts and “operating pretty much as we had hoped”.

Yesterday’s Downing Street briefing revealed there were 111 reported deaths, taking the UK toll to 39,045. Meanwhile, a further 1,570 people tested positive, taking the total number of confirmed cases to more than 276,000.

Mr Hancock said: “The data shows that we are winning the battle against the coronavirus.”