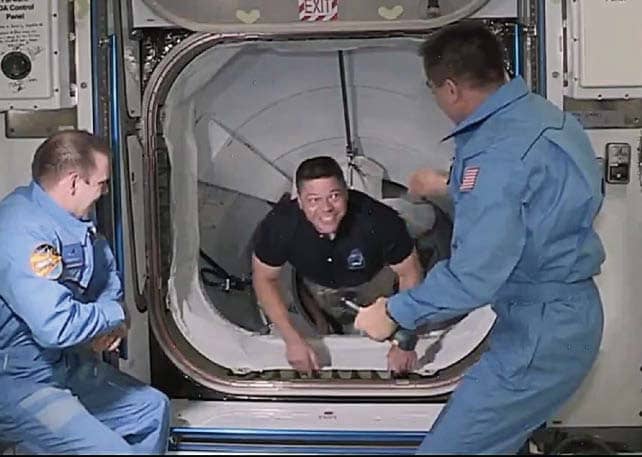 Astronauts on the Crew Dragon capsule fulfilled a historic mission as they docked at the International Space Station yesterday.

Robert Behnken and Douglas Hurley made the journey in a spacecraft built and operated by a private company.

Billionaire Elon Musk’s SpaceX rocket took nearly 19 hours to reach the ISS after its launch from Kennedy Space Center in Florida on Saturday.

At 3.16 pm UK time yesterday Crew Dragon made a soft capture – its first physical contact with its docking port.

Ten minutes later that became a hard capture, creating an airlocked seal between Robert and Douglas’ cabin and the space station.

Douglas told SpaceX and Nasa it had been a: “real honour to be just a small part of this nine-year endeavour”.