Depp: All hell would break loose if I broke Amber's 'rules' 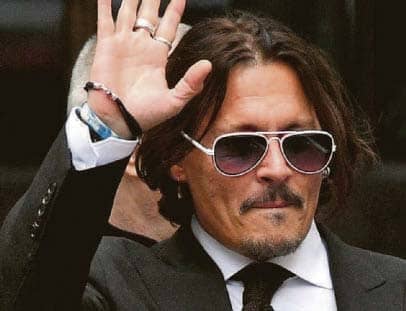 The Hollywood superstar told how the actress drank two or three bottles of wine a night, arranged drugs for their wedding, and secretly filmed him.

He claimed all hell would break loose if he failed to follow Miss Heard’s rules and she would fly off the handle if he did not feed her need for attention.

Depp, 57, accused Miss Heard of undermining his effort to get sober by keeping a bottle of Bulleit bourbon in the freezer and chopping up lines of cocaine – all for his use.

Miss Heard, 34, would also take the drug by putting her finger in it and rubbing the drug on her gums.

Questioned by his barrister David Sherborne on the third day of the libel case, Depp told how small issues would quickly escalate.

Mr. Sherborne asked what would happen if Mr. Depp broke his ex-wife’s “rules”. Depp replied: “An argument would ensue and all hell would break loose.”

The court heard how Depp’s behavior turned from being “a Southern gentleman” to what Miss Heard dubbed “the monster” when he binged on drink and drugs.

Depp said: “Any time I didn’t comply or agree with her position, then she would call it the monster.