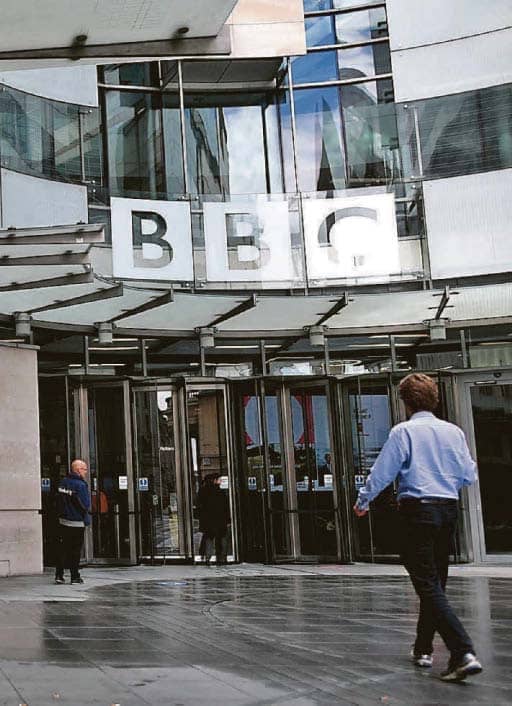 The BBC has united the country with its coverage of the Covid-19 crisis, shining a light on the everyday heroism of NHS doctors and nurses. But while demonstrating what it does best, the BBC refuses to honour a commitment to free TV licences for the over-75s.

Peers in the House of Lords are quite right to castigate the BBC for dithering over introducing the charges. It has already been postponed once and is likely to be delayed again. The peers insist the fee should be dropped altogether.

It is the elderly who have been hardest hit by the pandemic and TV has provided a lifeline to them. As weeks have turned into months, with many of our most vulnerable citizens still self-isolating, their only window on the world telling them what is going on has been a TV screen.

Frequently, if they have lost their partner, it has been their only source of company too.

Many of them have sacrificed their own freedom and contact with loved ones in order not only to protect themselves but also shield society at large and help the NHS survive the surge of patients. Stay at home and protect the NHS was the mantra.

Having diligently done all that, it seems an enormous betrayal to take away that one lifeline by charging the elderly £157.50 for their licence fee.

ALSO, it shows a complete lack of empathy by the BBC. So quick to take up the causes of other minorities, they seem to have a tin ear when it comes to helping the most vulnerable section of society – those four million citizens over 75.