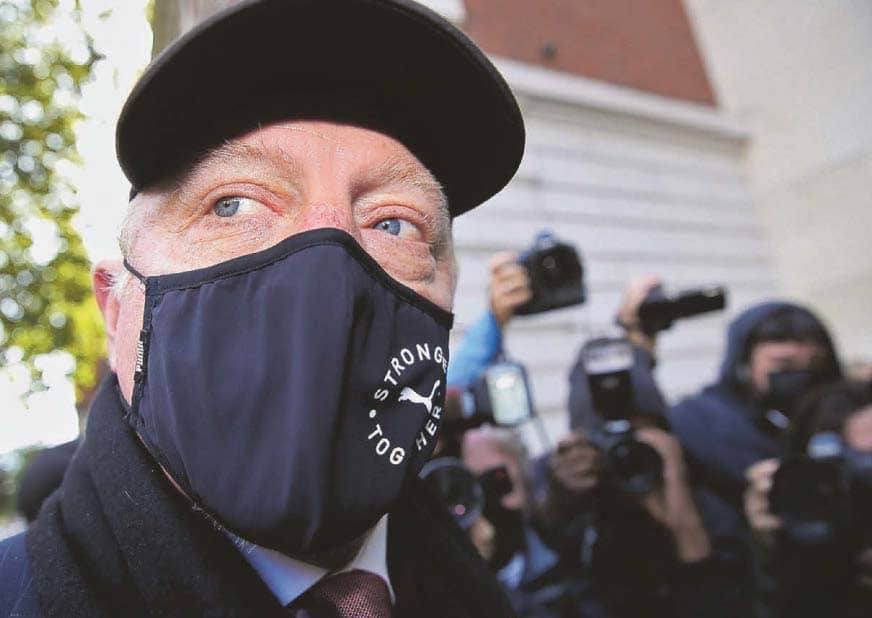 Tennis legend Boris Becker was told he faces seven years in prison yesterday if found guilty of hiding assets from the Insolvency Service.

The German star, 52, appeared in court to deny a raft of charges over claims he hid the full extent of his wealth.

Becker was declared bankrupt in June 2017, and last year faced claims that he failed to fully declare his estate to the Official Receiver by hiding millions in cash, properties and shares as well as bank accounts.

The High Court has imposed restrictions on his finances for the next 11 years, after the Insolvency Service raised concerns over “undisclosed” transactions.

He has indicated a not guilty plea to concealing £1.8million, as well as two properties in Germany and a Chelsea flat, which he was required to deliver up to the trustee to the estate.