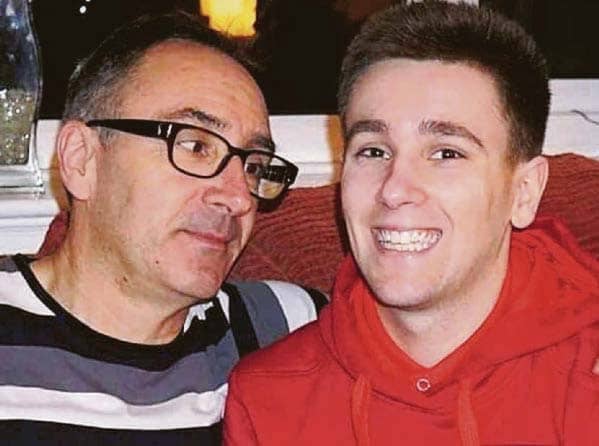 A fit and healthy 24-year-old died from a blood clot after spending up to seven hours a day playing computer games during lockdown.

Louis O’Neill, 24, developed deep vein thrombosis, or DVT, after he took to gaming to combat boredom and “escape the nightmare that was going on outside”.

His parents raised the alarm after he collapsed in agony at home but medics were unable to save him.

Now his father Stanley Greening is warning of the dangers of staying cooped up in bedrooms.

Stanley, 56, said he wanted to send out a “Stand up for Louis” message to encourage others to move about and ward off inactivity.

Louis sought solace in gaming after being furloughed from his job at a Center Parcs holiday village.

His stricken dad, an artist who said he was now trapped in a “living hell” himself, said: “Caught up in a virtual world he became less active.

“Hours fly by when absorbed by the screen. But no one ever would have predicted a blood clot.