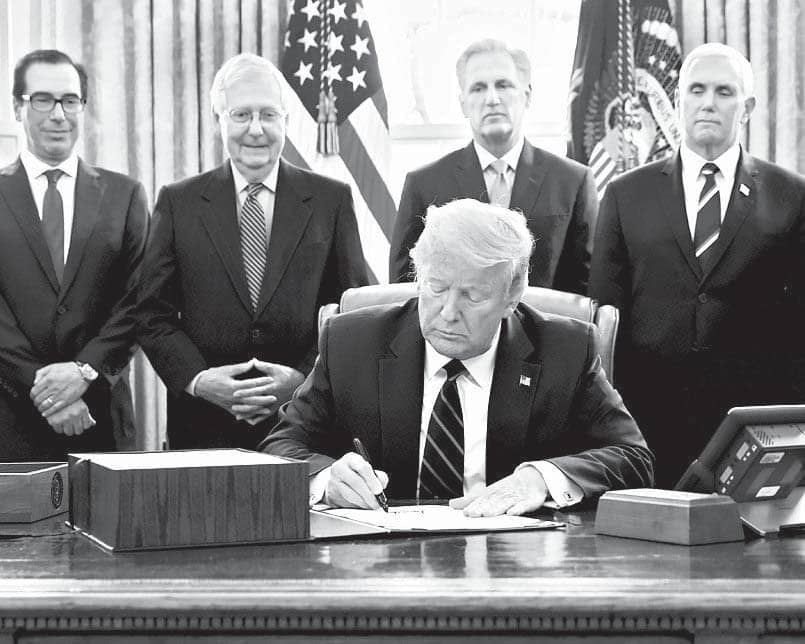 The U.S. House of Representatives on Friday approved a $2.2 trillion (£1.77 trillion) aid package — the largest in history — to help cope with the economic downturn inflicted by the intensifying coronavirus pandemic, and President Donald Trump quickly signed it into law.

The massive bill passed the Senate and House of Representatives nearly unanimously. The rare bipartisan action underscored how seriously Republican and Democratic lawmakers are taking the global pandemic that has killed more than 1,500 Americans and shaken the nation’s medical system.

“Our nation faces an economic and health emergency of historic proportions due to the coronavirus pandemic, the worst pandemic in over 100 years,” House Speaker Nancy Pelosi said at the close of a three-hour debate before the lower chamber approved the bill.

“Whatever we do next, right now we're going to pass this legislation.”

The massive bill also rushes billions of dollars to medical providers on the front lines of the outbreak.

But the bipartisan spirit seemed to end at the White House. Neither Pelosi nor Senate Democratic Leader Chuck Schumer was invited to Trump’s all-Republican signing ceremony for the bill, aides said.

“This will deliver urgently needed relief to our nation’s families, workers and businesses,” Trump said. “I really think in a fairly short period of time ... we'll be stronger than ever.”