How To Fight An Epidemic 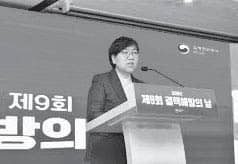 As South Korea’s coronavirus outbreak risked veering out of control, with infections rising thirty-fold in just ten days last month, the country’s health authorities got an unexpected break. The secretive religious sect whose meetings were early vectors for spreading the virus had agreed to disclose the names of all 212,000 members — critical information for figuring out where it would appear next.

The deal was brokered, in part, by Jung Eun-kyeong, the head of Korea’s Centers for Disease Control and Prevention, whose management of the response has made her something of a national hero, and a potential role model for virus-fighters elsewhere. Since the agreement with the Shincheonji Church of Jesus on February 25, South Korea has tested more than 320,000 people, a diagnostic blitzkrieg that’s brought the daily tally of new infections to less than 100, compared with more than 900 two weeks ago

A former small-town doctor who was deeply involved with the response to a 2015 epidemic of Middle East Respiratory Syndrome that killed 38 in Korea, Jung’s daily briefings have become must-see TV for many citizens. Social media buzzes with praise for her straightforward approach to pandemic communications: tell the public exactly what’s going on, but without over-promising about what’s possible.