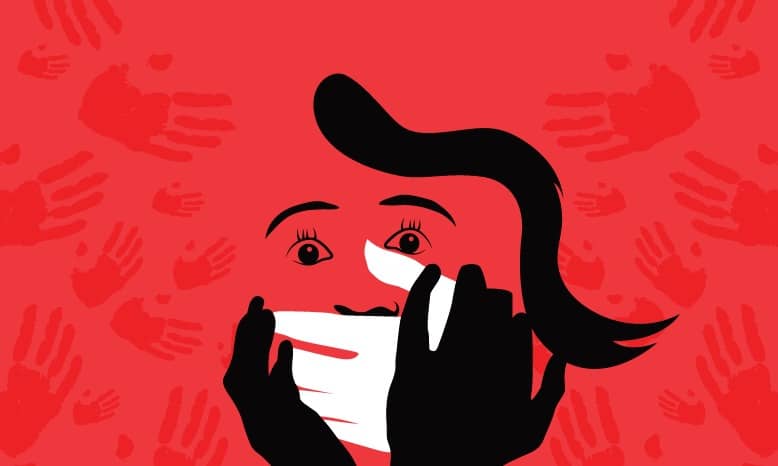 Hardly passes a day when you sit down with a hot cup of coffee in hand in the morning to read the newspaper and don’t find the headlines screaming at you about the horrid rape of a woman.

A detailed account of the gory details of the sordid act is given to make your stomach churn in revulsion. The extent to which some guys could go to violate a woman’s body in every which imaginable way and, more often than not, leave her dead body behind like a heap of rubbish shocks you and makes you tremble with rage.

You then move on to catch up with the rest of the news, much of which turns out to be practically a repeat account of the same, page after page. If you don’t read the newspaper, you still get to hear about the ghastly incidents either on the TV on return home or on your car radio while on the way to work. This experience, revisited day after day, leaves you numb with a sick feeling of morbidity and helplessness. What do you do? Leave the question of women’s safety at the doorstep of the already-overworked-authorities hamstrung by scarce resources to handle the situation, like an abandoned baby?

No man is an island except metaphorically. He shares precious space, time and resources with woman on equal footing. His empathy for woman flows from the special space she occupies in his life. A world without woman is neither feasible nor thinkable. Woman’s safety is, therefore, a subject close to everyone’s heart. This is more so with the government in a civilised country like India that lays premium on woman’s safety, which is an inextricable part of human rights. What the government does for the general welfare of the woman and all its attempts to empower her doesn’t seem to add up to much when it comes to safeguarding her from the clutches of the evil forces amidst us.