Veronica Mars Grows Up, But Will Never Get Old 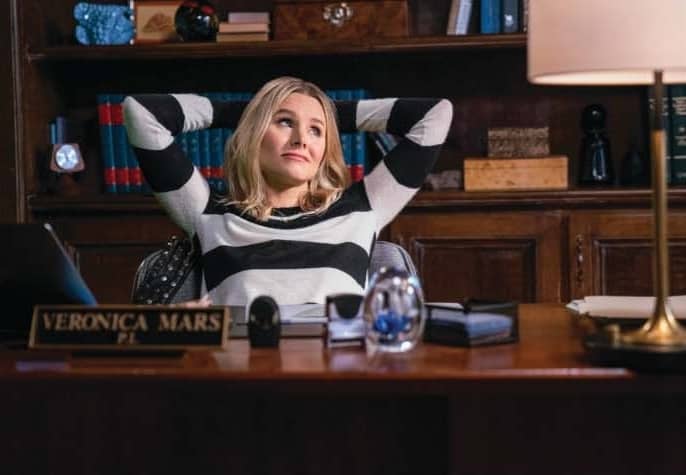 STORIES DON’T REALLY END ANYMORE. AS LONG AS THERE’S earning potential in them, they get revived or rebooted or upgraded to multi-platform universes.

Yet for every hundred unnecessary sequels and comebacks, we get one that transcends the whole cynical business: Black Panther. Mad Max: Fury Road. Twin Peaks: The Return. And now the fourth season of Veronica Mars, which comes to Hulu on July 26.

Canceled after just three seasons on the CW and its predecessor UPN, creator Rob Thomas’ (Party Down, iZombie) smart teen drama about a high school girl who moonlights as a private investigator had a limited audience during its original mid-’00s run. But it was precisely the kind of brilliant-but-canceled show whose legacy flourished in the age of streaming—a critical darling and cult favorite whose star, Kristen Bell, just kept rising. By 2013, Thomas had a fan base enthusiastic enough to raise $5.7 million for a crowdfunded Veronica Mars movie—one that turned out to be fun but disappointingly slight in comparison with the series.