The Brief Time With ...Michael Strahan 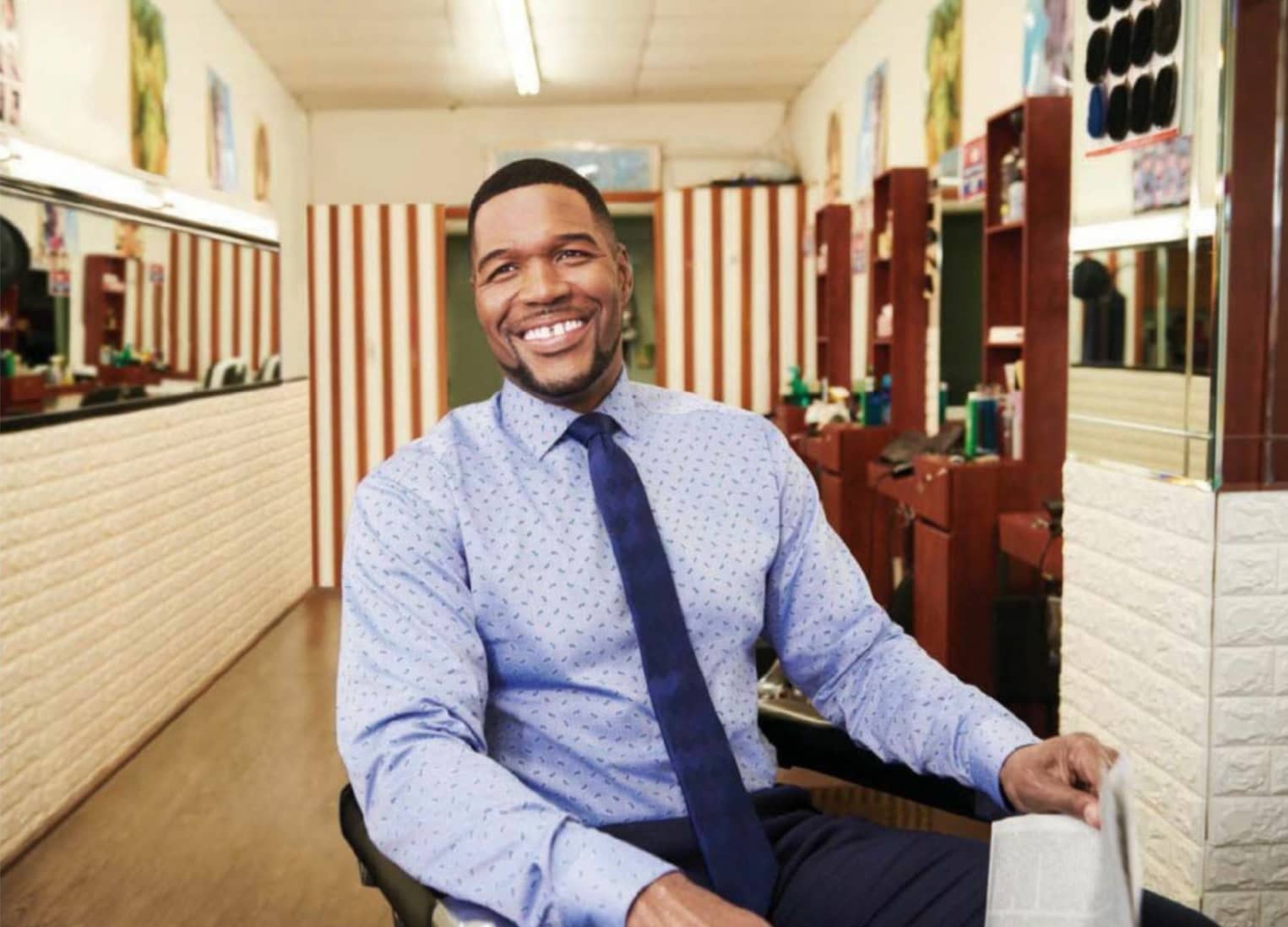 AS A BRUISING LINEMAN FOR THE NEW YORK Giants, Michael Strahan used to do battle with 320-lb. behemoths every Sunday. Now, on a recent Friday morning at a New York City television studio, he’s dancing with an elderly woman to “Cake by the Ocean.” In his current gig as co-host of the highly caffeinated third hour of Good Morning America, known as GMA Day, Strahan does his fair share of pumping up the crowd. GMA Day is a bit like a designer- steroid version of Live With Kelly and Ryan—which Strahan co-hosted with Kelly Ripa in its Live With Kelly and Michael iteration, before a tabloid-friendly breakup ended their run in 2016.

An expert offers tips for decluttering your cell phone, and the studio audience emits woooooos, as if someone had just won a new car. (In fairness, they’re good tips. Unsubscribe from those lists.) And there’s dancing. So. Much. Dancing. Strahan enters the studio, getting down to Missy Elliott’s “Get Ur Freak On.” After a sweet segment with a 10-year-old boy who donated $100 of his own money to help cover the unpaid lunch bills of his classmates, Strahan writhes on the floor, doing the worm.

Reminder: it’s 10:30 a.m. on a Friday. Backstage after the taping, even Strahan questions how he summons the excess pep. “I’m going, What’s wrong with you?” says Strahan. “It’s weird.”

The performances are paying off. Strahan, the affable former football star with an instantly recognizable gap-toothed smile, now counts as one of the hottest commodities on television, having launched an unconventional post-NFL career that’s the envy of many of his peers. Sure, Strahan joins a merry band of ex-jocks, like the guffawing Terry Bradshaw and the studious Howie Long, talking football on Fox’s Sunday pregame show. But that’s just part of his broadcast portfolio: in addition to his role on GMA Day, he’s a co-anchor on Good Morning America and executive producer and star of ABC’s reboot of the $100,000 Pyramid game show. None of that fits the typical former-athlete game plan. During a GMA interview in early January, Strahan pressed comedian Kevin Hart about past homophobic tweets that ultimately cost Hart his slot as Oscars host. Hart came across as defiant. Strahan, a friend of Hart’s, refused to let him off easy.