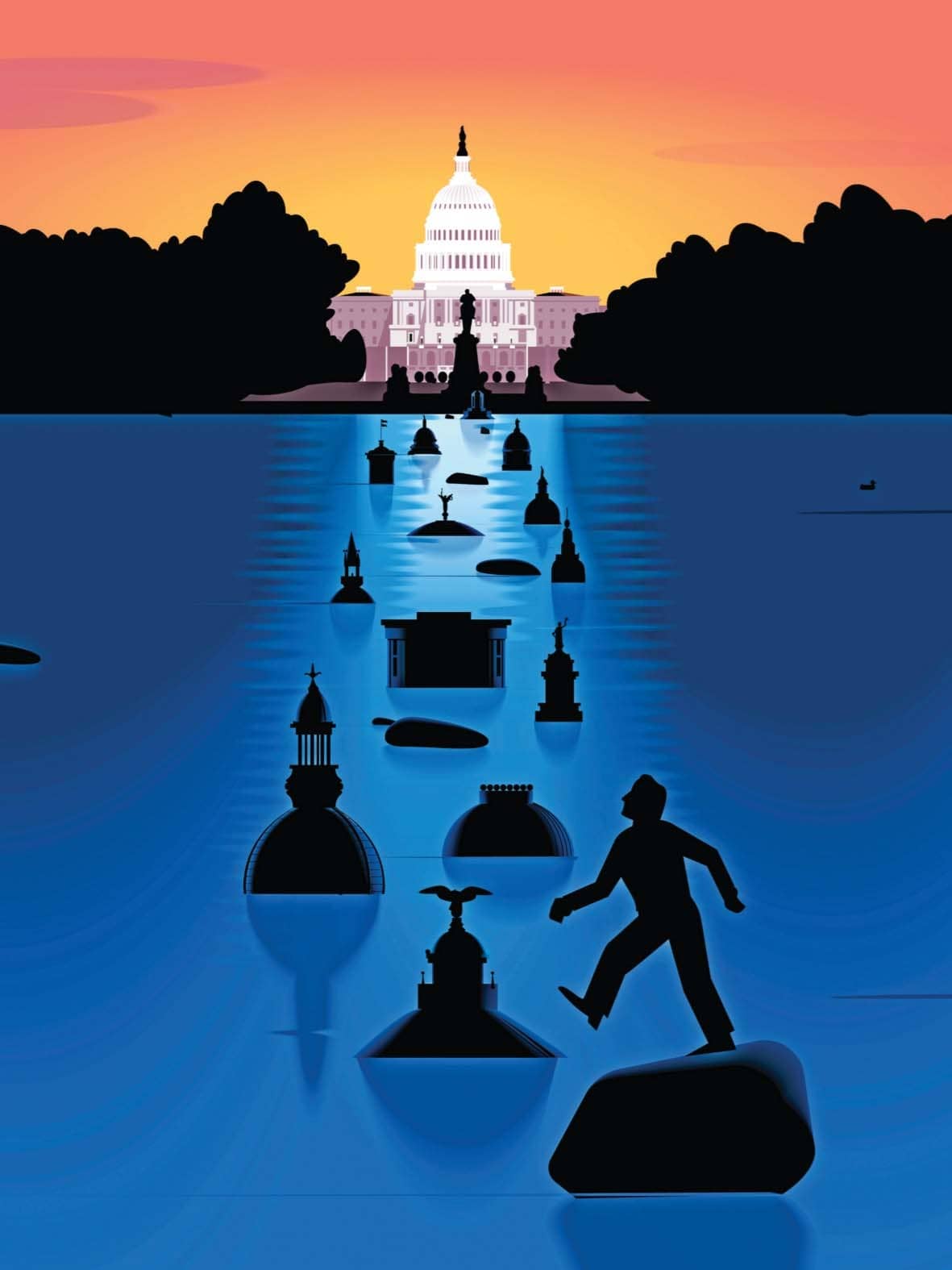 Philip Elliott
JESSICA POST IS STUCK IN TRAFFIC 63 MILES SOUTH of Washington, D.C., when she pulls an iPhone to her ear. “How’s everything going with your family?” she asks a contender for Virginia’s state legislature this fall. “We are all in for your run. I was reading about your opponent the other day. He sounds like a real piece of . . .” Here, she remembers that TIME is tagging along. “Work,” she finishes.

Calls like this consume a lot of Post’s time these days. The 39-year-old president of the Democratic Legislative Campaign Committee (DLCC) is leading an unheralded but critically important campaign to win back state offices for the party after eight years of deep losses during Barack Obama’s presidency. The consequences go far beyond which states may be prevented from joining lawsuits trying to dismantle Obamacare or restrict abortion rights. The candidates who win state legislative races later this year and in 2020 will decide who wields power in Washington for a decade.

Every 10 years, politics rewrites itself, starting with the decennial Census. Legislatures in 31 states use the findings to draw the borders of federal congressional districts. In some, nonpartisan commissions draw the lines clinically. In others, it comes down to who has the Sharpie and the least amount of shame. The map is due to be reset before the 2022 midterm elections, which means lawmakers elected as soon as this year may determine where the congressional battlegrounds will be into the 2030s. “State legislatures are the building blocks of our democracy,” Post tells TIME during a break from candidate calls in the DLCC office five blocks from the White House. “It’s a level of the ballot that’s been forgotten. But state legislators draw the lines, so control of Congress in many ways is decided by rules put together in state legislatures.”

For decades, Democrats have largely overlooked these local offices to their detriment. Terry McAuliffe, a former Virginia governor, remembers arriving at Democratic National Committee (DNC) headquarters to start his job as party chairman in February 2001 and making a troubling discovery: lawmakers in the states were starting to draw new district maps, and no one at the DNC was paying attention.

“Not a thing had been done on redistricting,” McAuliffe recalls. “In the past, I don’t think our party understood the importance of legislative chambers.”

They soon learned. In 2010, the Tea Party wave washed 681 Democrats out of legislative seats right before new battle lines could be drawn, according to data tracked by the National Conference of State Legislatures, giving the GOP the opportunity to cement its advantage in competitive congressional districts. In all, Democrats lost 958 state legislative seats during Obama’s presidency.

Post, a meticulous Missouri native who previously held top roles at Emily’s List and the DLCC, rejoined the group in 2016 with a mandate to reverse the slide. Since then, Democrats have flipped 283 state legislature seats, with a net gain of six chambers. Post has tripled the organization’s staffand quintupled its fundraising target from $10 million to an estimated $50 million for the 2020 cycle.