Strife Of The Party 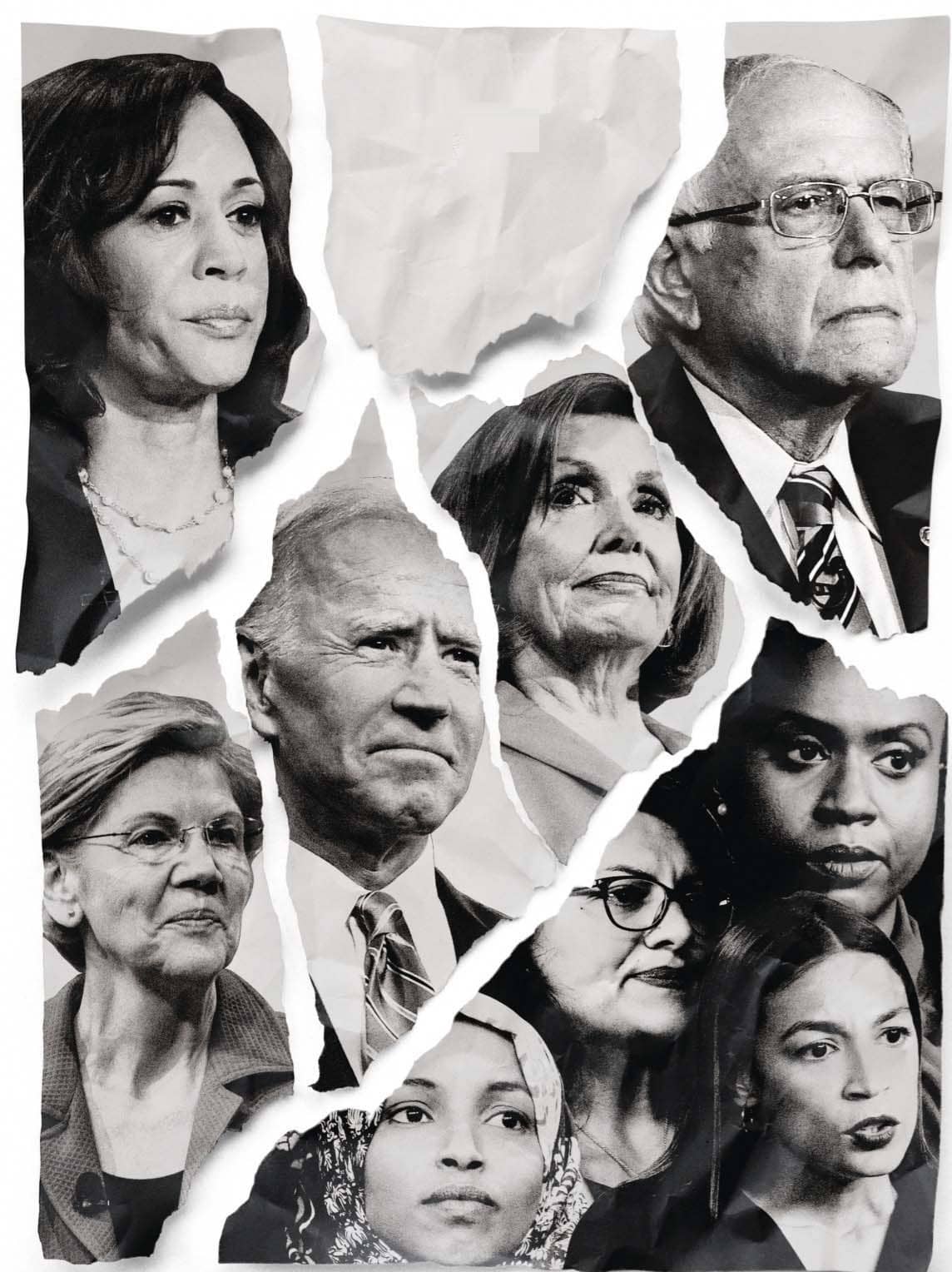 They are both Democrats: Joe Biden, the 76-year-old former Vice President, and Ilhan Omar, the 36-year-old freshman Congresswoman. An old white man, with blind spots on race and gender and a penchant for bipartisanship; a young Somali- American Muslim who sees compromise as complicity. To Biden, Donald Trump is an aberration; to Omar, he is a symptom of a deeper rot. One argues for a return to normality, while the other insists: Your normal has always been my oppression.

How to fit those two visions into one party is the question tying the Democrats in knots. What policies will the party champion? Which voters will it court? How will it speak to an angry and divided nation? While intra-party tussles are perennial in politics, this one comes against a unique backdrop: an unpopular, mendacious, norm-trampling President. As Democrats grilled Robert Mueller, the former special counsel, on July 24, their sense of urgency was evident.

The one thing Democrats agree on is that Trump needs to go, but even on the question of how to oust him, they are split. Ninety-five of the party’s 235 House Representatives recently voted to begin impeachment proceedings, a measure nearly a dozen of the major Democratic presidential candidates support. The party’s leadership continues to insist that defeating the President in 2020 is the better path. Half the party seems furious at Speaker Nancy Pelosi for not attacking Trump more forcefully, while the other is petrified they’re losing the American mainstream, validating Trump’s “witch hunt” accusations with investigations into Russian election interference that most voters see as irrelevant to their daily lives.

These divisions have come into focus in recent weeks. Two parallel conflicts—the fight among congressional Democrats, and debates among the 2020 candidates—have played out along similar lines, revealing deep fissures on policy, tactics and identity. A consistent majority of voters disapprove of the President’s performance, do not want him re-elected and dislike his policies and character. Even Trump’s allies admit his re-election hopes rest on his ability to make the alternative even more distasteful.

But for an opposition party, it’s never as simple as pointing out the failures of those in power. As desperate as Democrats are to defeat Trump, voters demand an alternative vision. “You will not win an election telling everybody how bad Donald Trump is,” former Senate majority leader Harry Reid tells TIME. “They have to run on what they’re going to do.”

The Democrats’ crossroads is also America’s. As Trump leans into themes of division, with racist appeals, detention camps for migrants and an exclusionary vision of national identity, the 2020 election is shaping up as a referendum on what the country’s citizens want it to become. This is not who we are as a nation, Trump’s opponents are fond of saying. But if not, what should we be instead?