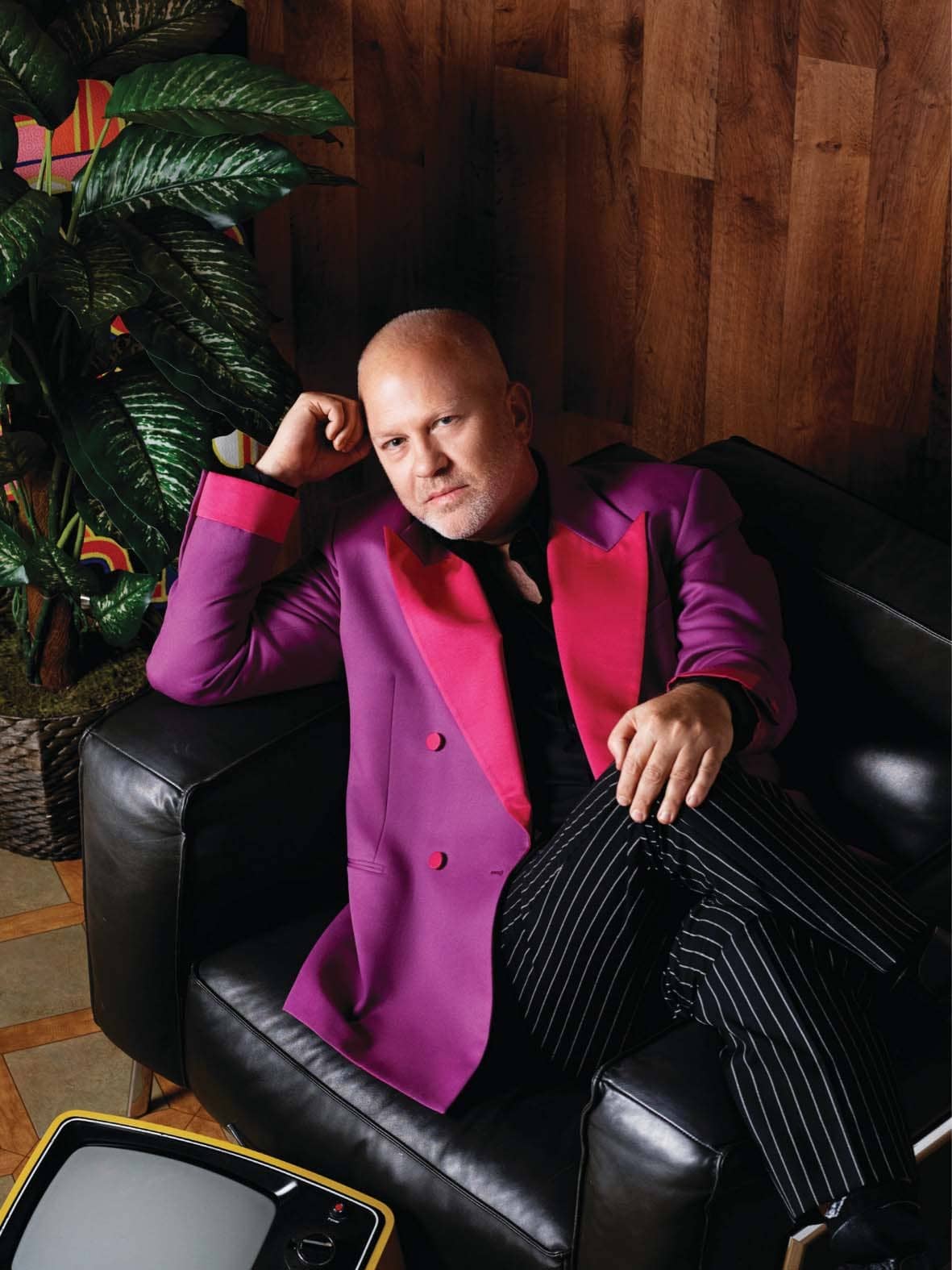 The renegade writer-producer-director’s Netflix deal is worth $300 million. Inside the making of his blockbuster empire

RYAN MURPHY IS TAKING A RARE BREATHER. WE’RE in his tidy trailer on a set in Hollywood, at the end of the last day of shooting for The Boys in the Band, a play that Murphy revived on Broadway in 2018 and is now producing as a feature film for Netflix. Outside, the studio lot is surprisingly sedate. A golf cart whirs past. A colleague brings him a single shot of espresso. Murphy, 53, schedules his days into short intervals—15 minutes, or 30—and works seven days a week. “I say I can’t keep going at this pace,” he says. “But then I have a full physical, and it’s like, I’m fine.”

For someone with at least 15 projects in the works, he’s unusually hands-on with all of them: writing, directing and producing. He still has two shows on Fox—9-1-1 and an upcoming spin-off—and three on the cable network FX: Pose, American Horror Story and a new installment of American Crime Story, which will follow the Monica Lewinsky scandal. That would be a busy slate for anyone—but this is the peak- content era, where each day seems to bring news of another creator defecting from established studios and networks to streaming services— whether heavyweights like Netflix, Amazon and Hulu or upcoming launches such as Apple TV+, Disney+ and HBO Max—with the promise of capacious budgets and creative freedom. Murphy is, by the numbers, the biggest: last year he departed Fox, his longtime home, for an unprecedented deal with Netflix , valued at $300 million—the most lucrative TV pact in history.

For the streamer, he’s been developing a new roster of projects, at a scale, scope and variety that’s unmatched even in the Wild West of the content boom. He is prepping the Sept. 27 release of The Politician, a sharp, crackling series about an ambitious young man, played by Ben Platt, running for high school office. He’s editing Ratched, a moody origin story about One Flew Over the Cuckoo’s Nest’s Nurse Ratched, starring Sarah Paulson. (The show is a disturbing midcentury tone poem set on the California coast, with a scene-stealing supporting performance by Sharon Stone.) He’s adapting two Broadway musicals for the screen: A Chorus Line will unfold as a 10-part miniseries, and The Prom, a feature, will star Meryl Streep and Nicole Kidman. He takes great pleasure in casting, especially when it comes to megawatt movie stars, many of whom he now counts as friends. (“I have everyone’s phone number but Meryl Streep’s,” he says. “There’s everybody, and then there’s Meryl.”)

Hollywood, featuring Patti LuPone and Holland Taylor, will debut in May and “look at Hollywood and the sex industry, and how absolutely everything has changed and nothing has changed.” And he’s making a miniseries about the designer Halston, with Ewan McGregor playing the couturier.