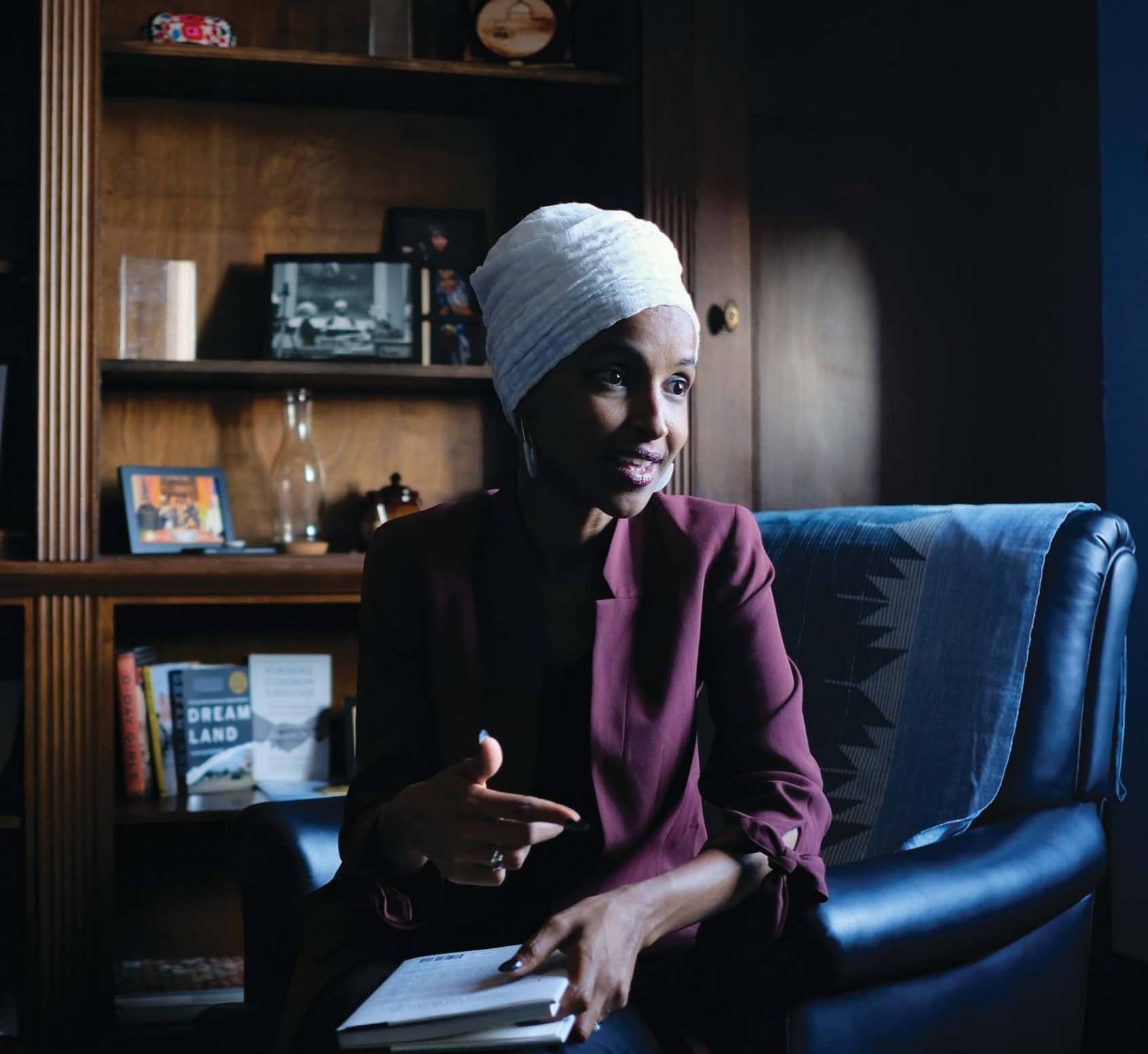 The refugee lawmaker is at the heart of controversy, and a community

Alana Abramson
DAHABO MOHAMED, A FRESHMAN AT RICHFIELD HIGH NEAR Minneapolis, patiently waits in the school’s auditorium to meet her Congresswoman, Ilhan Omar. It’s a Tuesday morning in late May, and the line of students stretching ahead of Mohamed means she will lose part of her lunch period. But it is rare for her to see someone in a position of power who looks like her—a Muslim woman in traditional garb—so the free time can wait. “For people like me who wear a hijab, to see her doing what she’s doing is inspiring,” she says.

Omar’s decisive victory last fall was a groundbreaking moment for American Muslims. The Congressman she was succeeding, Keith Ellison, had been the first Muslim elected to Congress, but she and her colleague Rashida Tlaib are the first two Muslim- American women to serve in Congress. The House of Representatives had to change its rules to allow Omar to wear her hijab on the floor. For many Muslims, the 36-year-old Somali American’s election was a sign they were inching toward greater acceptance in American society.

But since she arrived in Washington, Omar has been embroiled in controversy. In mid-February, members of her own party, including top leadership, publicly rebuked her after she made comments many deemed anti-Semitic. Days later, she accused President Donald Trump’s special envoy to Venezuela, Elliott Abrams, of complicity in genocide and human-rights violations in Central America in the 1980s. Trump distorted comments she made about 9/11 to insinuate that she supports terrorists. Her office says she has received hundreds of death threats.

Now a series of confrontations has propelled her to center stage in national politics. In mid-July, Omar and three other women of color from Congress’s freshman class clashed with Democratic Party leaders over a bipartisan aid package to address the immigration crisis at the southern border, exposing deep divisions between the old and the new guard in the House. Then Trump, beset by multiple failed attempts to address the border crisis himself, launched a racist Twitter attack against the four freshmen, saying that if they didn’t want to be in America, they should “go back.”

Trump’s comments caused outrage and triggered a temporary truce between House Democrats, who passed a resolution on July 16 condemning his comments. But the episode also highlighted how Omar has become an object of intense division. Her opponents on the right see a left-wing ideologue who criticizes the country that gave her shelter: she came to the U.S. as a refugee at age 12 and is the only one of the so-called Squad of four freshmen who was actually born abroad. Moderate Democrats say her progressive policy proposals have no chance of becoming law and endanger their House majority. Her defenders say she is standing up for core American values in the face of rising racism.

For her part, Omar accepts that she will inevitably be a target for the President and his allies. “The right wing, Trump, the Republicans, white supremacists [launch] attacks on immigrants, refugees, black people, women, Muslims,” she tells TIME. With her, she says, “they have all of that in one box.”