Former U.N. Ambassador Samantha Power Has A Lot Of Stories To Tell—And No Problem Talking 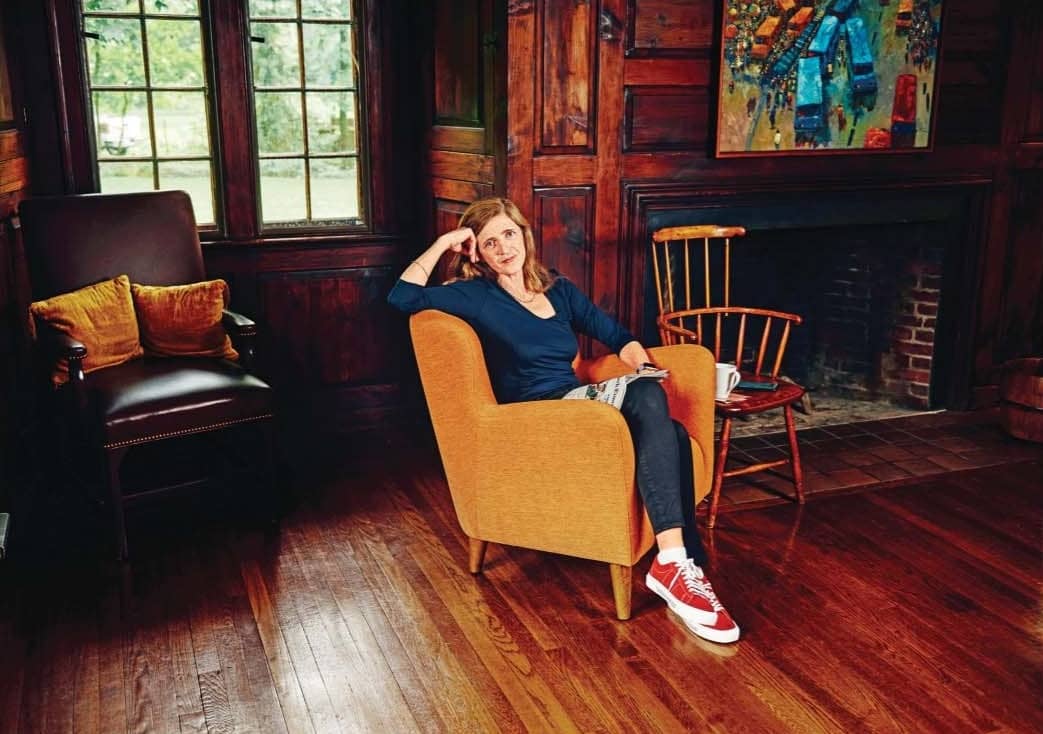 Perhaps noticing the mild panic in my eyes as my brain tries to process even half of it, she checks herself. “Sorry,” she says. “I’m going to get more succinct with the passage of time.” This was to be the only verifiable falsehood of the whole day.

Power, for those who’ve forgotten, was the human-rights shield-maiden who served in the Obama Administration, first as a member of the National Security Council and eventually as U.S. ambassador to the U.N. She was an unlikely pick because, after her years as a war correspondent, she was the opposite of diplomatic in the criticism she ladled out to prior U.S. administrations in her best-selling and Pulitzer Prize–winning account of the Bosnian war, A Problem From Hell. Also because she was memorably fired from then Senator Obama’s presidential campaign when she called Hillary Clinton “a monster” in front of a reporter.

Her new book, The Education of an Idealist, sounds like it’s going to be the tale of what happens when journalistic rubber meets administrative and political road, when the finger pointer becomes the appointee and finds out how hard it is to solve anything. Power dispenses with that notion in the book and in person. Instead, she insists, “It’s about how you get better at prosecuting your idealism.”

A combination of memoir, treatise and call to action, Education explains quite a lot about the passion that has animated Power’s endeavors. In her telling, both her parents were brilliant and loving, but her father was an alcoholic. A few years after they split and she moved from Ireland to the U.S. with her mother, who is a kidney specialist, he died, alone and broke. It suddenly dawned on Power that she had made scant effort to make sure he was O.K. It’s almost as if she decided, at age 14, never to make scant effort again.