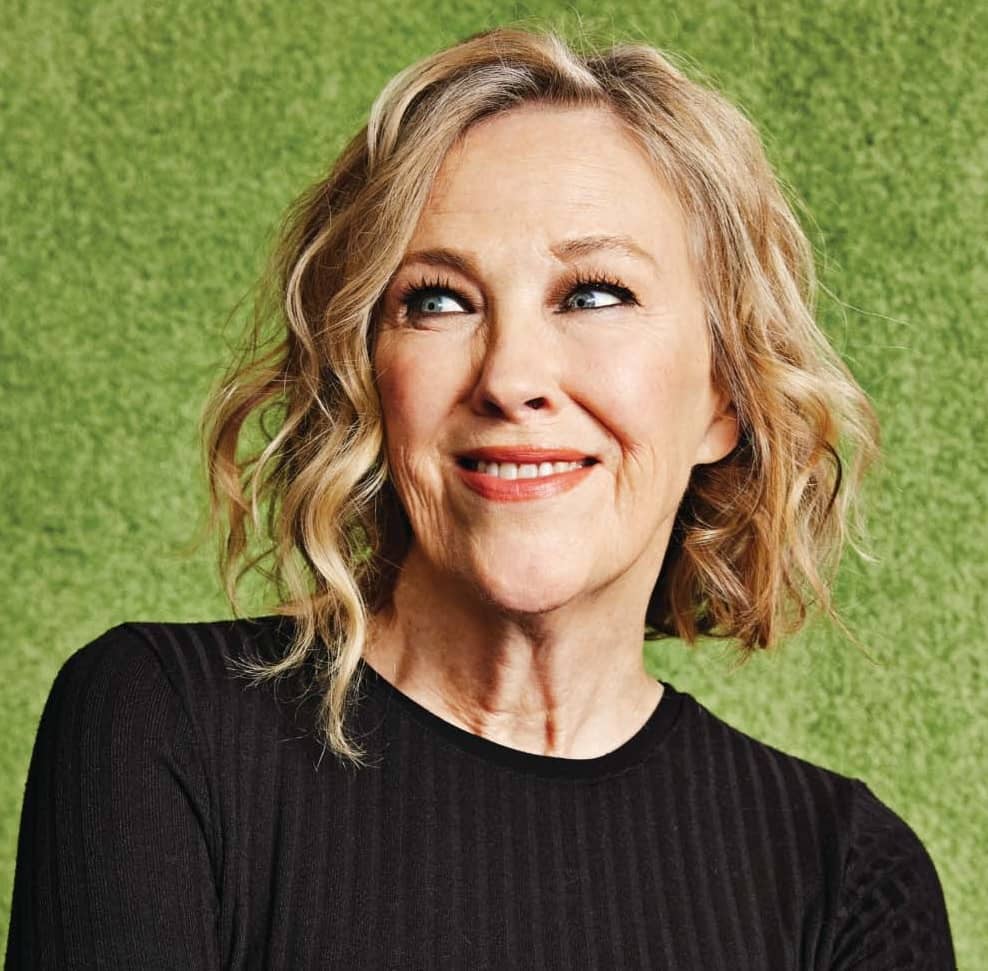 “HOW WOULD YOU BEHAVE IF YOUR WHOLE LIFE was ripped out from under you?”

Judy Berman
Catherine O’Hara wants to know. I’m supposed to be asking the questions here, at the Manhattan hotel restaurant where the comedy legend is between appointments, cobbling together a late lunch of tapas (and urging me to try the stuffed peppadews). But I’ve just thoughtlessly referred to her character on Schitt’s Creek as selfish, and she’s politely defending the woman she’s spent the past four years portraying.

O’Hara has a point. Her alter ego Moira Rose is more gracious than many would be in her four figure shoes. A sweet yet sharp Canadian family sitcom that will end its fifth season in the U.S. on Pop TV on April 9, Schitt’s Creek follows the megarich Rose clan—Moira, her husband Johnny (O’Hara’s frequent co-star Eugene Levy) and their grown kids David (Eugene’s son and co-creator Dan Levy) and Alexis (Annie Murphy)—after they lose their fortune and move into a motel in the titular podunk town, which they somehow own. It’s an unlikely scenario but one orchestrated to bring the Roses together. For 65-year-old O’Hara, who has two sons in their 20s with her husband, production designer and director Bo Welch, this forced togetherness is kind of enviable: “I’m always wondering where my kids are,” she laughs.

O’Hara rocketed to the pop-cultural stratosphere in the late 1980s and early ’90s through roles as a harried mother in Home Alone and Winona Ryder’s artiste stepmom in Beetlejuice (where she met Welch). Like Moira, she is an actor, wife and mom. But their personalities couldn’t differ more. Moira, a former soap star whose pretensions outstrip her talent, can be vain, competitive, histrionic and snobby, whereas O’Hara is warm, self-deprecating and animated without being effusive. She seems happier carrying on a reciprocal conversation than talking about herself. And while Moira looks larger than life in six-inch heels, pastel wigs and designer outfits that walk the line between gorgeous and garish, O’Hara—a compact woman in a crisp, white button down and thick-rimmed glasses—could be a stylish humanities professor.