As It Gets Harder To Gather The Family For Dinner, Parents Turn To Breakfast 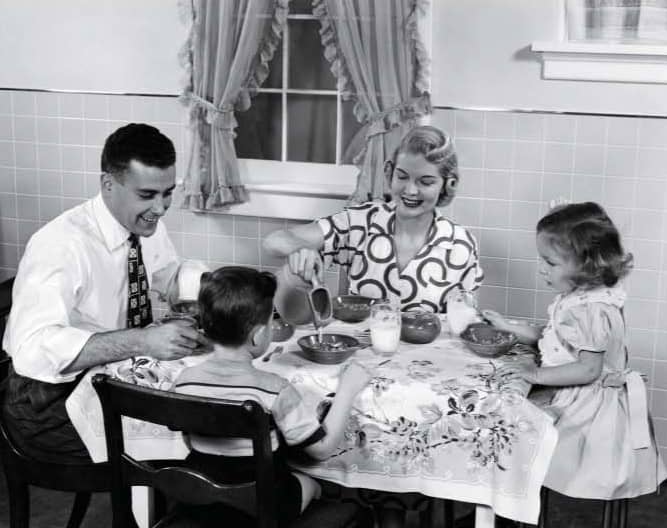 BREAKFAST, IT IS OFT ALLEGED, IS THE most important meal of the day. Also a thing of champions. Plus a meal you really can have at Tiffany’s (as long as you book a month ahead and don’t mind paying $35 for avocado toast). And for many families, breakfast is now becoming something else: their primary family meal.

As parents deal with unpredictable workdays and kids’ after-school activities stretch into the evenings, gathering the clan around the table at dinner has become a more complicated operation to pull off. Yet the studies that suggest family mealtimes are great for everybody’s health and sanity are not ambiguous. Rather than struggle to hold it all together, some parents are just opting to front-load their family time.

“It kind of evolved organically,” says Meghan MacKinnon, of Wilmette, Ill., who has daughters in third, fifth and eighth grades. Their middle daughter is a picky eater, and much of their precious dinnertime was spent coaxing her to finish her meal. “We realized that in order to make sure she got enough calories, we had to give her a good breakfast,” says MacKinnon. “It was one of the meals she didn’t fight over.” So they began to make the first meal of the day a little more substantial. Then their daughters started to have multiple extracurricular pursuits, which made evenings a bit of a hustle for both parents. “It clicked with me a couple of years ago, when a friend of mine whose kids play a lot of hockey said, ‘We’ve become a breakfast family.’ And I realized, Ohhhh. We are too.”

The MacKinnons’ meal shift was the result of changes in the way their lives were ordered that are echoed throughout the U.S., if not much of the world. Her husband decided to work from home, rather than spend time commuting to an office he didn’t need. That meant he could come to breakfast, even if he didn’t always eat. With the rise of the gig economy and results-oriented work environments, more and more employees can set their own hours or work locations. But that doesn’t mean they put in fewer hours—they just contend with end-of-day spillovers. Eating together before work, rather than after, can be easier to plan for.

Like a majority of college-educated mothers, MacKinnon went back into the labor force and now works as a preschool administrator and teacher, meaning neither she nor her spouse has much bandwidth to prepare meals. For many parents, that time crunch leads to an increased reliance on eating out or grabbing takeout, but the MacKinnons took a different approach: “I’m not a good cook and I really don’t like cooking,” she says. “But I can make breakfast.”

And of course, the looming specter of college means many kids’ days are full of enriching activities, from sports to sessions with a math tutor. “I would say dinner when we have all five of us is once or twice a week, whereas breakfast we can manage four or five times a week,” says MacKinnon. “It’s the meal we most consistently eat together.”