‘Love Card' is spreading the message of love worldwide 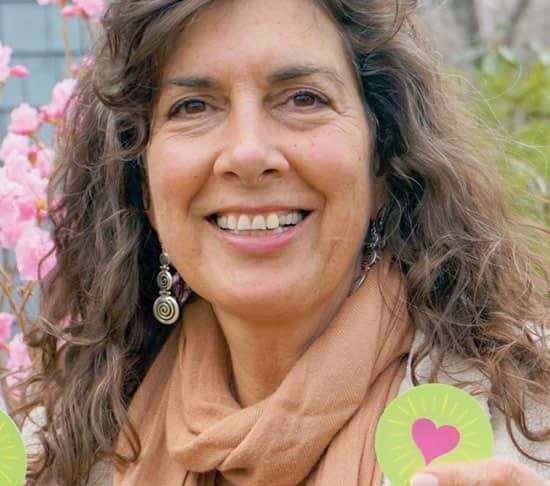 Joanne Steenberg founded the Love Card as a way to spread love and compassion to people we encounter in our daily lives.

PENOBSCOT—For nearly 10 years, Penobscot resident Joanne Steenberg was fascinated by the symbol of a heart radiating rays of light.

Doodled in the margins of notebooks, written on letters and invitations, the symbol followed her through life, until finally she realized that for her, it formed the visual equivalent of a simple question with huge implications: What is the best way to show people, known or not, that they are loved?

The answer, for Steenberg, turned out to be The Love Card, a small, circular card featuring a radiating heart on a green background. Flipped over, the words “you are holding this card because you are loved,” beam up from a sunny yellow backdrop.

If that sounds familiar, it’s probably because you’ve seen it sitting on a table in a café, pinned to a poster board, or perhaps even been given one in passing.

And truly, The Love Card is all about giving, Steenberg believes.

After realizing the connection between the radiating heart and her goal to spread love, Steenberg started making cards to give to family and friends. Those initial efforts received so much positive feedback that the phenomenon just kept growing.

Working with a local graphic designer, Steenberg produced the first round of Love Cards about four years ago, and began handing them out to strangers and leaving them in public places. From there, things just snowballed, she said.

By her own estimation, there are now thousands of givers handing out Love Cards across the country and even internationally.

“The creativity has gone way beyond where I thought it would be,” Steenberg said.