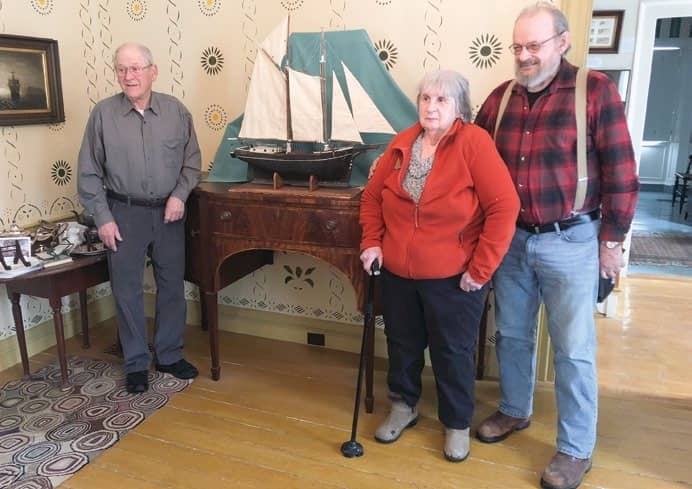 Minnie May on display at Blue Hill Historical Society

Blue Hill—After a voyage spanning more than a century, model ship Minnie May reached its final berth at the Blue Hill Historical Society on Thursday, February 20.

Donated by local historian and past officer of the historical society Jerry Butler, Minnie May was meticulously restored by Colby and Peggy Pert of Sedgwick before being unveiled to the public.

According to Colby Pert, Minnie May is an example of a pond yacht, an accurately scaled model ship built as a children’s toy for sailing in small ponds and streams.