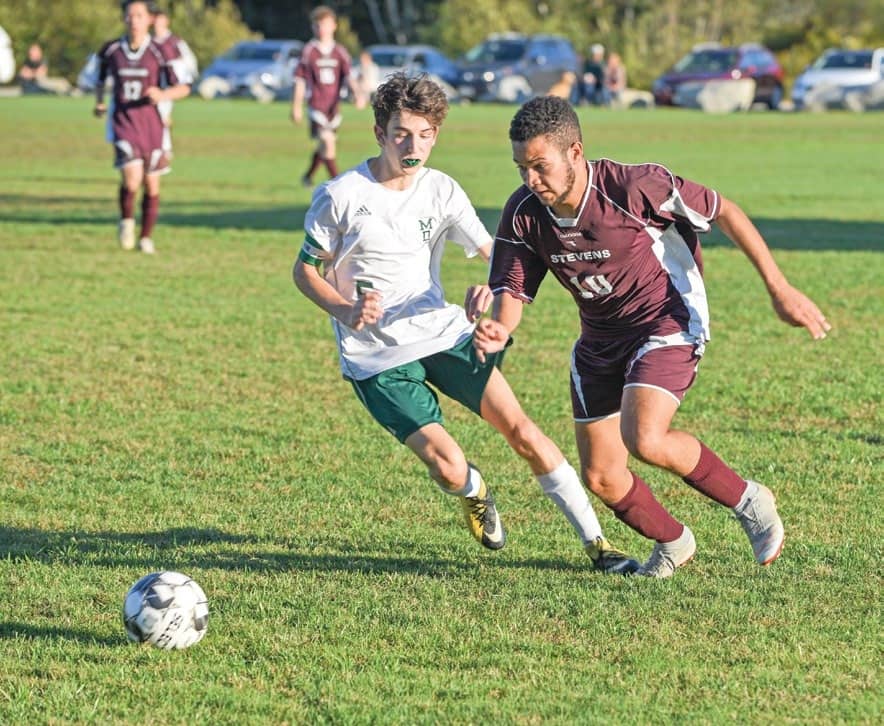 BLUE HILL—With nine matches behind them, the George Stevens Academy varsity boys soccer team stayed in second place in the Class C Heal Point Standings this week, despite a loss to Mount Desert Island, the only team the Eagles have lost to so far, and a tie against Orono.

“This is the time of year that all teams have a pretty good idea of what they have,” Coach Mark Ensworth said, ahead of back-to-back matches against Searsport, which dropped down to Class D this year and holds a 2-4 record.