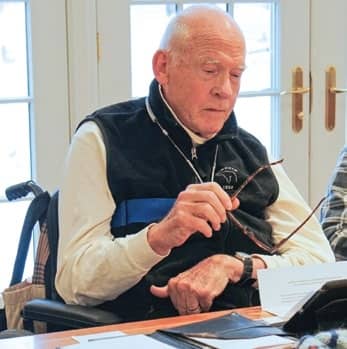 BLUE HILL—Social media and cable television news make it increasingly difficult to tell fact from opinion, and that can be dangerous in today’s world, according to nearly all participants in a series of discussions linked to the 12th annual Camden Conference.

Conference attendees discuss global challenges, and “The Media Revolution: Changing the World” was the challenge discussed at this year’s event on February 21 to 23. About 1,000 people attended at the Camden Opera House and at satellite venues in Belfast and Rockland.

More locally, former diplomat Bob Sargent led a discussion about the media revolution at the Blue Hill Public Library on February 18. The next evening, former journalist and government executive Chet Lunner spoke on the impact of fake news at the Witherle Memorial Library in Castine.

In Blue Hill, Bob Coombs asked the question almost everyone articulated: “How do we find the truth?”