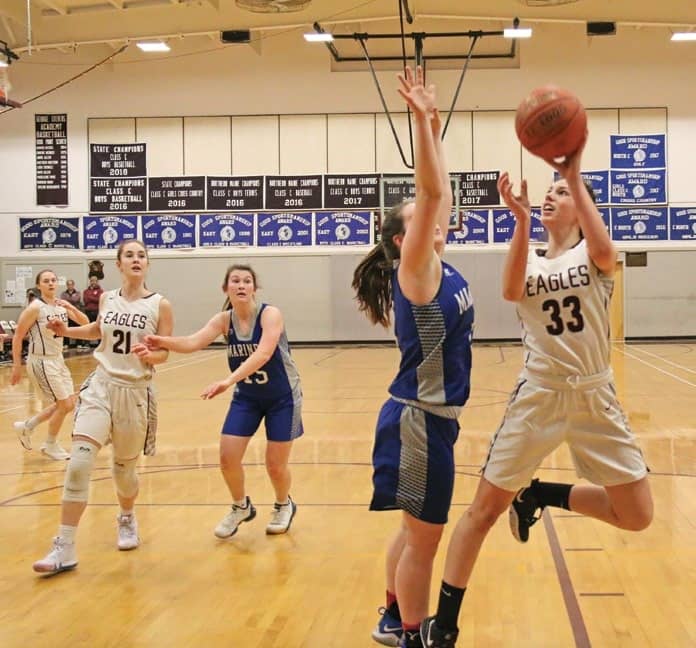 BLUE HILL—Just three games away from a potential appearance in the postseason, the George Stevens Academy girls basketball team is looking to roll off some late-season momentum.

After three straight losses, the Eagles have gone 3-1 in its last four games, with the only loss coming to Deer Isle-Stonington High School on January 25 at home. The team lost the game by nine, 33-42, but the home team was either tied or ahead by a slim margin for much of the first three quarters of the game. The Mariners pulled away for the victory led by a strong defensive effort to close out the game, but the Eagles kept pace with the 15-1 Class D second seed.