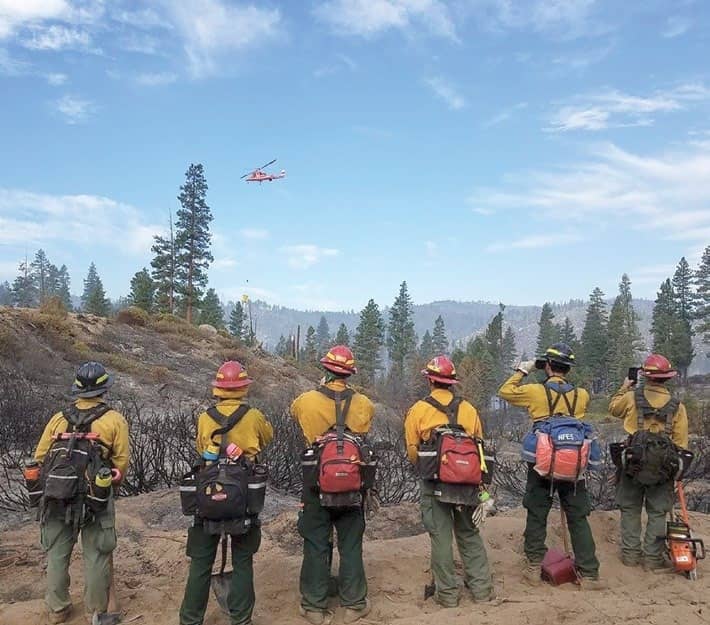 BROOKSVILLE—When Maine Forest Ranger John Cousins got the call, he clicked into action. Time to pull together everything needed to fly out to California and lead a mobilization crew of 19 rangers and civilian and non-civilian firefighters into the wilderness ablaze.

This was the fourth time that Cousins, a Brooksville resident in his 18th year with the Maine Forest Service, suited up and showed up. Posting as crew boss with an available hand (as opposed to engine) crew since July, Cousins got the call September 8. By then, six of his crew couldn’t go, so he filled their spots on the fly, with an office mate, with a forest service laborer, and two rangers and two civilians from New Hampshire.

Civilians may not think of forest rangers as firefighters but Cousins said that is part of the job. “Maine forest rangers are statutorily responsible for the suppression of forest fires,” he explained, “and also investigation and enforcement.”