Walthamstow Save Our Square Occupation: 'This Land Is Our Land!' 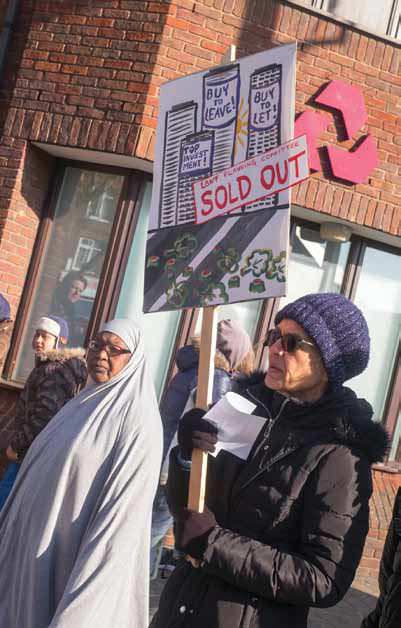 “Who is Walthamstow for?” asked David Gardiner, secretary of the Save Our Square campaign, in his opening speech at the campaign’s protest and occupation event in east London on 24 February.

“Is it for the people who live here now, their descendants stretching forward into the future, and others like them? Or is it for the Gordon Gekkos - with their briefcases and their second homes out in the shires - to use as a weekday dormitory with an easy commute from their offices?”

This reflected the mood of the crowd - angry at the knowledge that the planned development of the town centre, far from being for the benefit of the local community, is in fact part of the working class being forced out.

We’ll lose one third of our green space and 81 trees and the children’s playground will be moved. ‘Monster blocks’ of up to 29 stories will provide 500 homes - only 20% of which will be ‘affordable’ (but not for the majority of the local population).

As the local trade union council commented: “After weeks of leafleting and raising the alarm, around 600 angry demonstrators came together. A whole range of people and organisations came, many with homemade placards; artists brought models of the proposed monster blocks and marked with posters the trees destined for the chop.