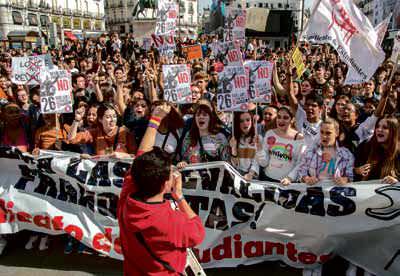 Over 100 students at-tended the annual Socialist Students conference at Bir-mingham University on 24 February.

The day highlighted the successes of Socialist Students’ work over the last 12 months and the growth, not only of Socialist Students in a number of areas, but also in the popularity of a socialist ideas and search for an alternative to the capitalist system among students and young people.

I started the discussion on the role of students in the fight against austerity. Other speakers included a Birmingham University lecturer, who spoke about the ongoing lecturers’ strike action in defence of pensions and Richard Beddows, Unite convenor during the Birmingham bins dispute.