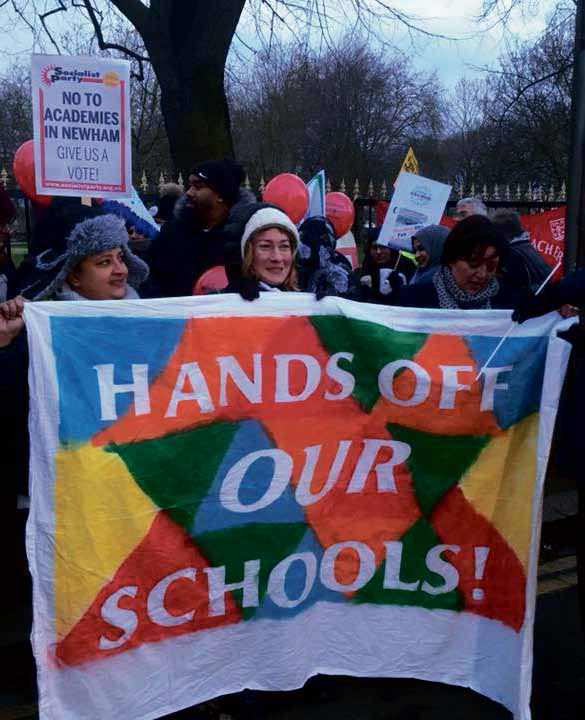 Teachers and teaching assistants, with the active support of students and the public, have been taking strike action in the east London borough of Newham against the forced academisation of schools. On 26 February a hundreds-strong noisy and vibrant demonstration, organised by the local National Education Union (NEU) branch, marched to the town hall in East Ham to demand support from the recalcitrant Labour council and mayor.

At the full council meeting following the march, Newham Labour council voted to reverse its long-held position of support for academisation. Unfortunately many Labour councillors abstained or refused to accept the anti-academy motion.

The mood at the NEU rally against academisation, held on 22 February, was electric as 90 people from three striking schools - Avenue, Cumberland, and Keir Hardie - crammed into Highway church after being on the schools’ picket lines.

“If you don’t fight, you don’t win. If you lie down, they’ll walk all over you. Fighting school by school is isolating, we want to unite together” said newly elected Newham NEU secretary and Avenue union rep, Louise Cuffaro, to ringing applause.

Louise, who chaired the rally, also read out a message of support from Labour Party leader Jeremy Corbyn, again to applause.