Will Eddie Be Able To Pick Exeter Players For Rome? 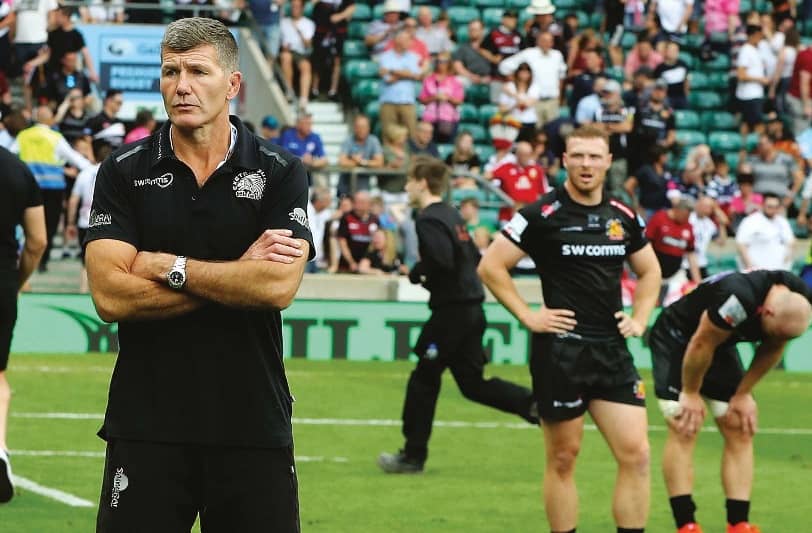 It will be great when Rugby Union gets going again in England on August 15, and when it does it will be very unusual because the crowds, and the atmosphere that they bring, will not be there. How long that new normal will last we don’t know yet, but it could be around for most of the 2020 Premiership season’s conclusion, and perhaps into the new domestic season, which re-starts almost immediately in the autumn.

The demands of international rugby do not appear to me to be any different this year than they are in any Lions year, with the exception that the Six Nations teams will play either one postponed fixture, or two, to decide the winner of the 2020 title.

There has been a lot of debate whether one season running into another will be too much for the players, but all of the professional rugby has conditioning experts, and there are guidelines on the total number of games that players can play.

It is possible that in these unprecedented times that could change, but midweek matches being scheduled at club level in the Premiership means that international players will have to be rested at times in the season if they are to play the number of Tests scheduled between the end of October – when the 2020 Six Nations is concluded – and the end of the Lions tour in the first week of August 2021.

What also has to be factored in is that the players have had 100 days break, and they have had a proper pre-season, so you would expect them to go into this restart re-booted and refreshed. Yes, it is a compact, tight and intense schedule, and a long season, but they have had some serious rest. It is much more than they expect normally – and that should help them to prepare for this elongated playing schedule.