Was this the greatest club Seven of all time? 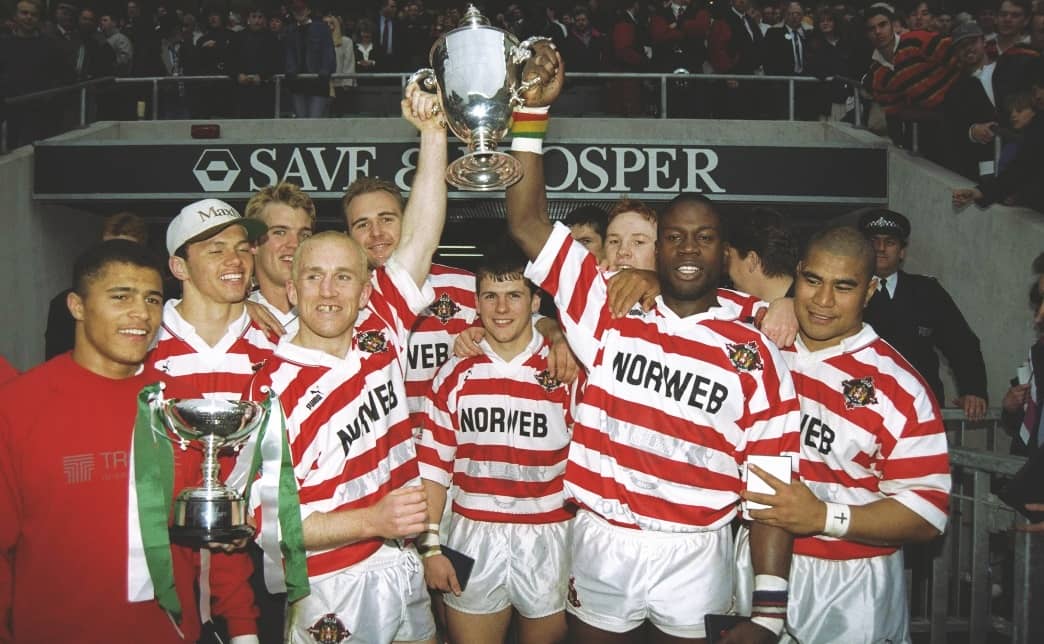 It’s May 11,1996 and Wigan RL, a supremely talented squad of professional rugby players, have just won the Middlesex Sevens at Twickenham and the RFU president Bill Bishop has presented them with the Russell Cargill trophy after they defeated a game but outgunned Wasps side 38-16.

Rarely can there been a more concentrated gathering of rugby talent in one small squad.

The story behind the picture

Less than nine months previously Rugby Union had been declared Open by the IRB which had caught the sporting world by surprise despite an obvious move in that direction. The RFU immediately called a moratorium for the following season to allow clubs to prepare for the official start of professionalism on September 1, 1996.

In the meantime the RFU, under the enlightened Bishop, were determined to get on the front foot and end 100 years of enmity with Rugby League after the historic split of 1895 and Wigan were invited down to Twickenham for the day and given the VIP treatment.