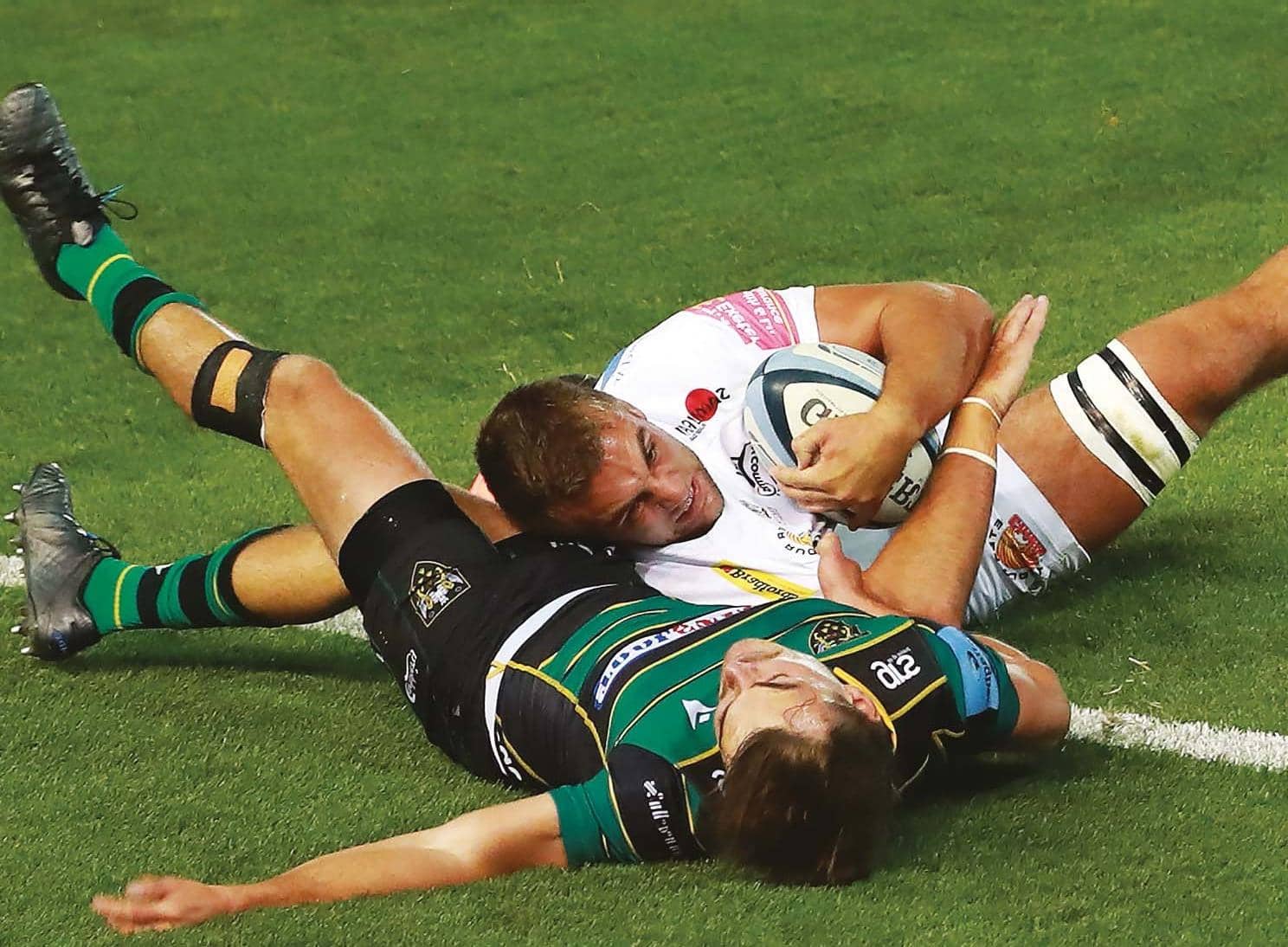 ROB Baxter admits Chiefs’ winning desire and determination surprises even him at times after his ‘reserves’ stuck a hefty boot into Northampton’s top-four hopes.

Tom O’Flaherty’s try ten minutes from time put the finishing touches to a victory which looked doubtful when battling Saints fought back from an early 14-0 deficit to lead.

It condemned the hosts to a record sixth successive defeat at Franklin’s Gardens and unlikely to make the playoffs, while Exeter sits a good distance clear at the summit of the table.

Director of rugby Baxter made wholesale changes and Exeter were up against a strong Saints outfit. But the visitors still had too much in their locker for opponents who badly needed the four points to avoid drifting out of the playoff picture.

Baxter said: “Sometimes they even surprise me. I don’t know where they dig it out from. We just showed that dogged determination to play the way we know and the lads worked their socks off to get the win.